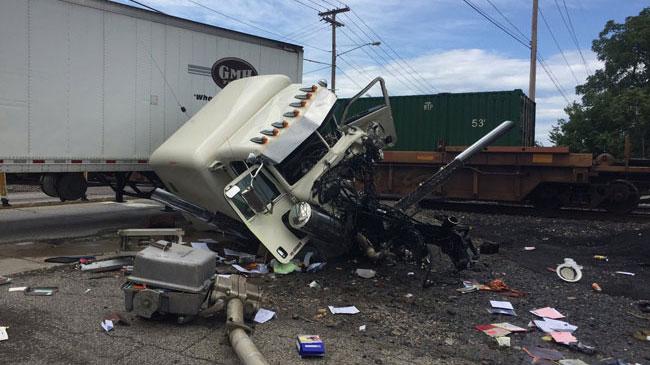 Mishawaka Police and Fire responded to an accident involving a semi and a train in Mishawaka Friday afternoon.

The accident happened at 6th and Logan around 3:15 p.m.

According to police, the semi driver was on the tracks when the gates came down.

He was unable to back up because of traffic.

The front of the semi was still on the tracks when the train came through, but the driver jumped out before the crash.

The crash caused diesel fuel to spill onto the road.

Both directions of Logan were shut down at 6th Street during the cleanup.