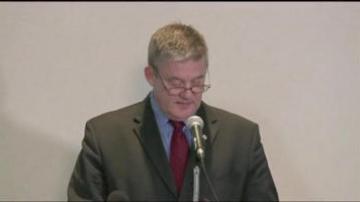 A former top aide filed a federal lawsuit Monday. The suit claims he demanded campaign work at the expense of taxpayers.

These allegations come as he prepares to kick off his race for governor but Rutherford says it is not true.

"I strongly deny any, any inappropriate conduct regardless of the claim," said Rutherford.

The aide says he was sexually harassed and pressured to do political work for Rutherford for more than two years.