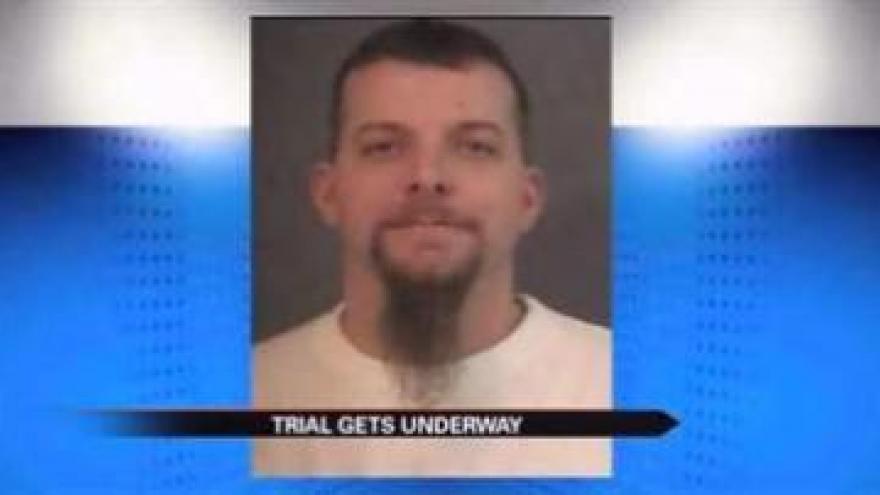 Tuesday in court the jury got the chance to see police dash cam video from the incident. It showed Stambaugh in a blue Chevy Camero that he was driving as he pulled into the Belmont Beverage parking lot near the Linebacker Lounge, where officer Kelly Hibbs pulled him over.

Officer Hibbs testified that Stambaugh gave him a fake name and he was delayed because dispatch couldn't find anything on the name he made up.

Close to 10 minutes later after back up arrived for Officer Kelly Hibbs, it shows Stambaugh's vehicle jumping over a parking block and tearing down State Road 23 towards Eddy.

The video also revealed Stambaugh crashing head first into Officer Chris Houser's cruiser. Then reversing and slamming into Officer Miranda Baker. Next Stambaugh maneuvers his vehicle onto the lawn at Perley Primary Center and at the same time a shower of bullets bust out his car windows and Stambaugh comes to a stop after crashing into the school's sign.

Stambaugh is on trial for five different counts including operating a vehicle after a lifetime suspension, resisting law enforcement, possession of cocaine and marijuana within 1000 feet of a school and false informing.

Officer Hibbs was the first officer called to the stand in the trial. He said he originally pulled Stambaugh over because his license plates didn't belong to the blue Camero he was driving.

Stambaugh was wheeled into the courtroom with casts on both of his arms. His wife who was in the audience told ABC 57 that he can't walk after the incident. She also said that he now has hearing problems and was struck by 15 bullets on May 12.

Around 4:30 p.m. the state called it's last witness. The defense was planning to call Officer Chris Houser and Officer Rufino Guyton.