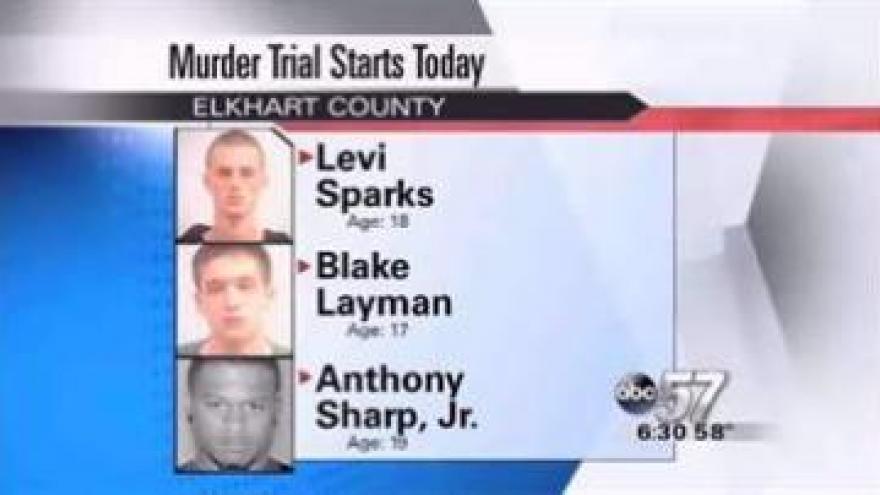 In October 2012, police say that Levi Sparks, Blake Layman and Anthony Sharp attempted to break-in into an Elkhart County man's home with two others.

The homeowner was inside the home at the time.

He fired a shot that killed 21-year-old Danzele Johnson, one of the suspects.

A 17-year-old pleaded guilty to felony murder last year. A judge sentenced him to 45 years in prison.