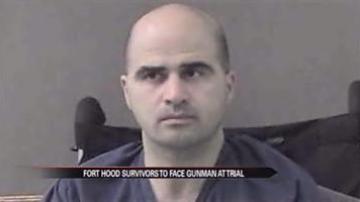 KILLEEN, Texas, — It has been nearly four years since a shooting rampage left 13 dead and dozens more injured.  And the trial of the accused Fort Hood shooter Major Nidal Hasan is set to begin on Tuesday.

It took two years of for a pre-trial hearing and arraignment. And then everything came to a halt over an argument about Hasan's beard.

Eventually a judge ordered he be forcibly shaved.

And just when the case was back on track, Hasan asked to release his lawyers and represent himself.

Survivors say it will be hard when Hasan cross-examines them in court.

Hasan's former attorney says nothing, not even survivors' feelings, can stop Hasan from defending himself. If he's convicted, he could be put to death.