Trial to begin for Dellia Castile 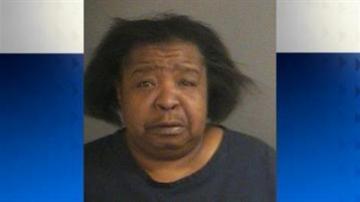 SOUTH BEND, Ind. – A grandmother accused of turning a blind eye to deadly child abuse is set to go to trial.

It's the second trial in connection to the death of 10-year-old Tramelle Sturgis.

Dellia Castile is facing neglect charges. Police say she ignored the abuse of her grandchildren by the hands of her son, Terry Sturgis.

Castile was supposed to start her trial June, but it was pushed back to Oct. 1 because prosecutors wanted more time to go over testimony from the Sturgis trial.

Sturgis was found guilty on 14 counts, including beating his son Tramelle to death on May 24.

Prosecutors are going to try to prove she allowed her son to abuse her grandson. She lived in the home with Tramelle and Sturgis and police claim she knew her son was abusing Tramelle in her home and did nothing to stop it. According to documents, Castile payed Sturgis not to beat Tramelle and his brothers.

Monday won't be Castile's first time in court. As for her criminal record, back in 1992 she was charged with two counts of attempted murder and six counts of aggravated battery, but after cutting a plea deal she was sentenced to 10 years in prison and one-year of parole.

Castile ended up only spending 19 months of that sentence behind bars.

We’ll have a reporter in the courtroom. Stay with ABC57 News for the latest developments.