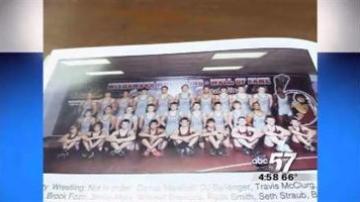 ST. JOSEPH COUNTY, Ind. -- The trials have officially began in the sex assault of a Mishawaka wrestler.

Fellow teammates are accused of assaulting a player in a locker room back in January of 2012.

The trial for the first teen accused began on Wednesday.

His name has not been released because of his age.