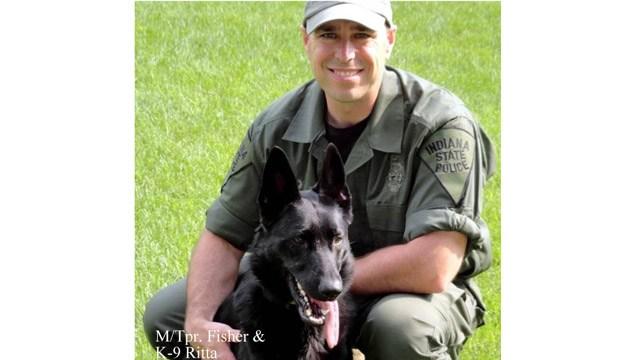 The NORT is a standardized test to evaluate a canine’s ability to recognize explosive odors.

Fisher says a canine’s nose is an asset and is able to detect up to 19,000 explosives combinations.

"The main advantages in using the K-9 are their mobility and ability to search large areas and suspicious items relatively quickly for explosives,” said Fisher.

Master Trooper Fisher is a 16 year veteran of the Indiana State Police. He is currently assigned to the Indiana State Police Special Operations Section as a Hazardous Device Technician and Explosive Detection Canine Handler. Fisher will primarily cover the northern third of Indiana but is available to respond to any critical incident statewide.

Fisher is a resident of St. Joseph County.