Trooper hospitalized after crash on I-465 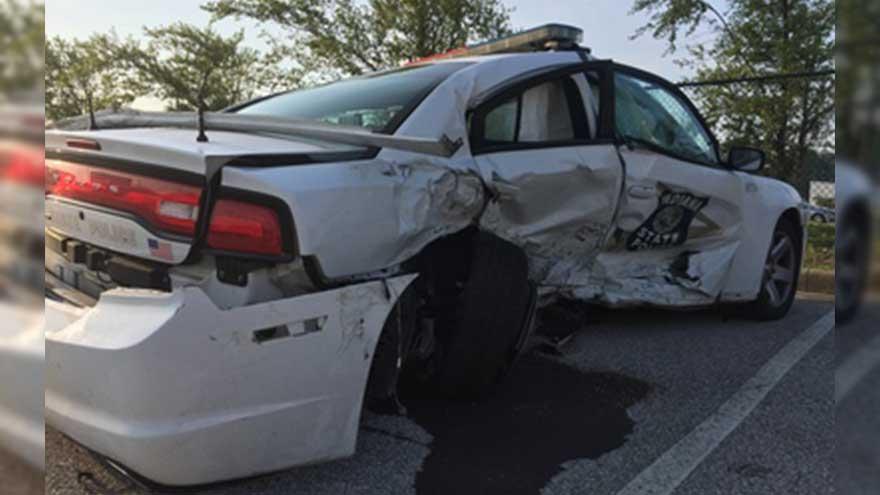 INDIANAPOLIS -- An Indiana State Police trooper was taken to the hospital after a vehicle struck his stopped patrol car on I-465 near East Street around 2:30 a.m. Thursday.

The trooper was parked in two eastbound lanes with his emergency lights on to block off an area of the roadway with metal debris.

A driver struck the passenger side of his patrol car while he was inside, police said.

He was transported to the hospital with non-life threatening injuries. He was treated and released.

The driver of the vehicle that struck his patrol car was identified as 25-year-old Rachel Dawe of Indianapolis, ISP said. She was also transported to the hospital.

Investigators say they suspect Dawe was intoxicated at the time of the crash, but the investigation is ongoing.