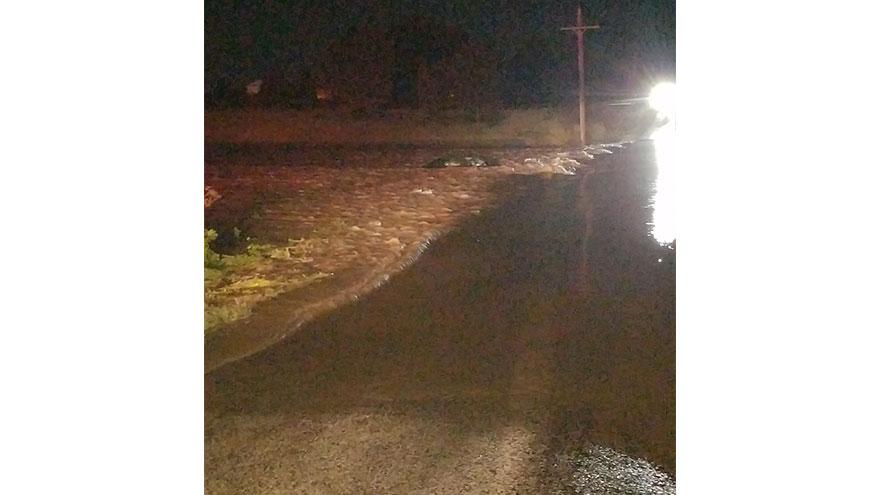 WABASH COUNTY, Ind. -- An Indiana State Trooper waded through rushing water to rescue a driver who was stuck in a submerged vehicle.

Trooper Dustin Rutledge, wearing a life jacket and tethered via a safety line attached to a fire truck, waded out to the submerged vehicle.

Trooper Rutledge arrived to the vehicle and noticed the driver, 60-year-old Daniel Winters, was cold and his manual dexterity was poor and his legs and arms were weak.

Rutledge got a life jacket on Winters and secured him to a safety line.

While pulling Winters from the vehicle, the safety line secured to Winters broke. Rutledge dragged Winters to dry land.

Once on dry land, firefighters treated Winters and he was released at the scene.

The ISP says there were heavy rains throughout the day on Friday and overflow from Paw Paw Creek contributed to the rushing water and flooded road.