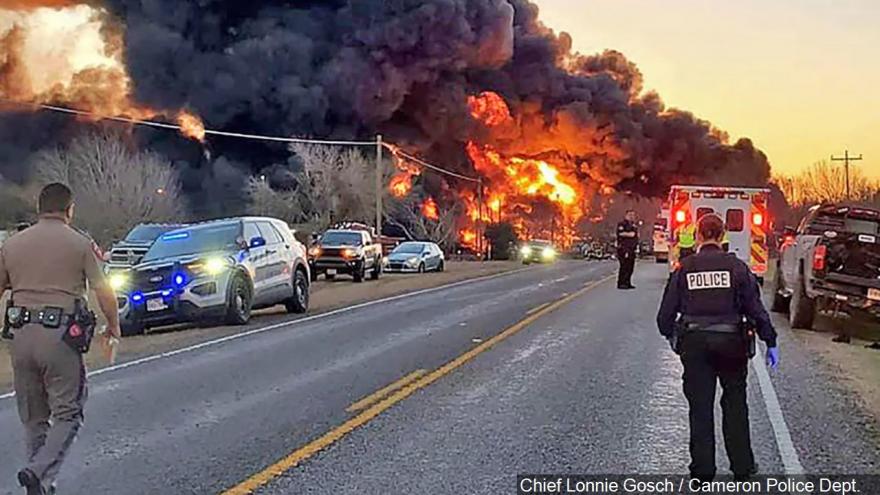 The collision happened Tuesday morning in Cameron, about 130 miles south of Dallas.

Homes in the immediate area were evacuated as the fire burned.

Authorities say the train was carrying coal and gasoline, which caused the large fire. Milam County Sheriff Chris White says the back of the train contained hazardous material but it did not spill. He says there's "no more threat at this point."