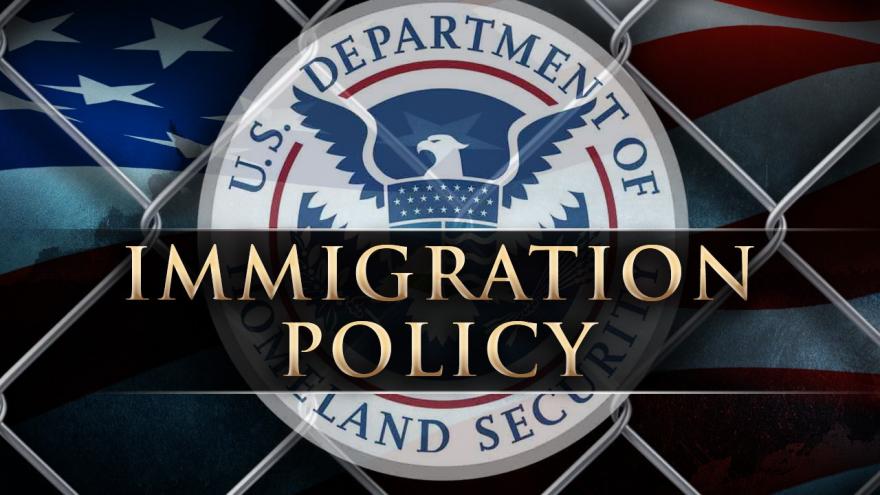 The program, Deferred Action for Parents of Americans and Lawful Permanent Residents, known as DAPA, had never actually taken effect after being signed in 2014. Courts had blocked it pending further litigation, which has been ongoing.

Given President Donald Trump's opposition to the program, the Department of Homeland Security formally rescinded the policy rather than continue to defend it in court Thursday.

But the policy guidance made clear that DHS would continue to honor DAPA's sister program, Deferred Action for Childhood Arrivals, or DACA.

Pro-immigration advocates had held out hope that DAPA could go into effect. DACA protects roughly 750,000 undocumented immigrants who were brought to the US illegally as children and know no other home, but DAPA would have extended the protections to parents and potentially 5 million more people, according to estimates.

And DHS went further, saying that individuals who were mistakenly given three-year DACA permits, rather than the usual two, as DAPA would have allowed, would have their three-year permits honored and not terminated early.

The decision frustrated activists on both sides of the issue.

Advocates especially criticized DHS for the timing of the decision, which came on the fifth anniversary of DACA and the anniversary of a Supreme Court ruling that guaranteed public education for children regardless of their immigration status.

"Demonstrating its characteristic obtuseness with respect to civil rights history, the Trump administration chose the 35th anniversary of the Supreme Court ruling in Plyler v. Doe, a singular achievement for immigrants' rights, as the day to rescind the 2014 initiative of Deferred Action for Parents of Americans (DAPA), which would protect from removal millions of immigrant parents raising children in the US," said Thomas Saenz, president and general counsel of MALDEF, a Latino civil rights organization.

DHS spokesman David Lapan said the date was merely "coincidental" and stemmed from the fact that a litigation conference scheduled for Thursday forced the government's hand to make a decision on the future of DAPA.

Anti-immigration advocates, however, were also partially upset by the decision.

During the campaign, Trump explicitly pledged to rescind both DACA and DAPA "immediately," but his administration has continued to issue DACA permits, frustrating his base on the right.

Immigration restriction group NumbersUSA said it was "thrilled" that DAPA was rescinded, but wanted to see Trump continue to DACA.

"Although this unconstitutional executive amnesty had been temporarily blocked by the courts, it threatened to issue 5 million new work permits to illegal aliens who would mostly compete with low-skilled American workers who still face double-digit unemployment rates and declining wages," said Chris Chmielenski, NumbersUSA director of content and activism. "We hope President Trump now will keep his entire promise by ordering an end to the Obama Administration's other unconstitutional amnesty, the DACA program, which continues to issues new work permits to those here illegally."