Trump agrees 'not to terminate NAFTA at this time' 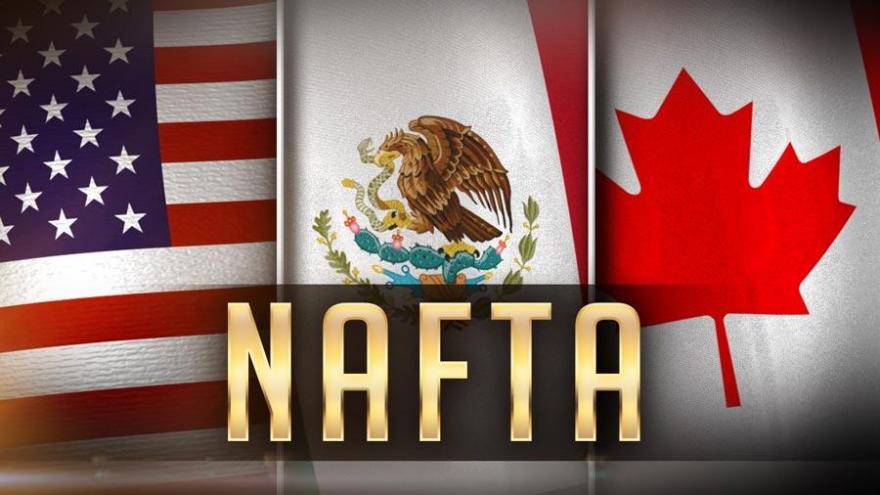 WASHINGTON (CNN) -- President Donald Trump told the leaders of Canada and Mexico Wednesday he was not immediately planning to end the North American Free Trade Agreement, a pact which he railed against as a candidate and as recently as last week declared was harmful to US workers.

In a description of Trump's phone calls to Prime Minister Justin Trudeau and President Enrique Peña Nieto, the White House said Trump "agreed not to terminate NAFTA at this time and the leaders agreed to proceed swiftly, according to their required internal procedures, to enable the renegotiation of the NAFTA deal to the benefit of all three countries."

"It is my privilege to bring NAFTA up to date through renegotiation," Trump said in a written statement that accompanied the readout of his phone calls. "It is an honor to deal with both President Peña Nieto and Prime Minister Trudeau, and I believe that the end result will make all three countries stronger and better."

The White House said the phone conversations were "pleasant and productive."

Trump's decision to remain in NAFTA came the same day a senior administrationofficial revealed the White House was considering an executive order to withdraw from the trade accord.

Such an order could trigger a renegotiation of the trade pact rather than outright withdrawal, the officials said.

But Trump could also simply launch the US into re-negotiations of the trade pact with Canada and Mexico rather than making a bold move declaring the US' intent to withdraw.