Trump asks for $33B for border, including $18B for wall 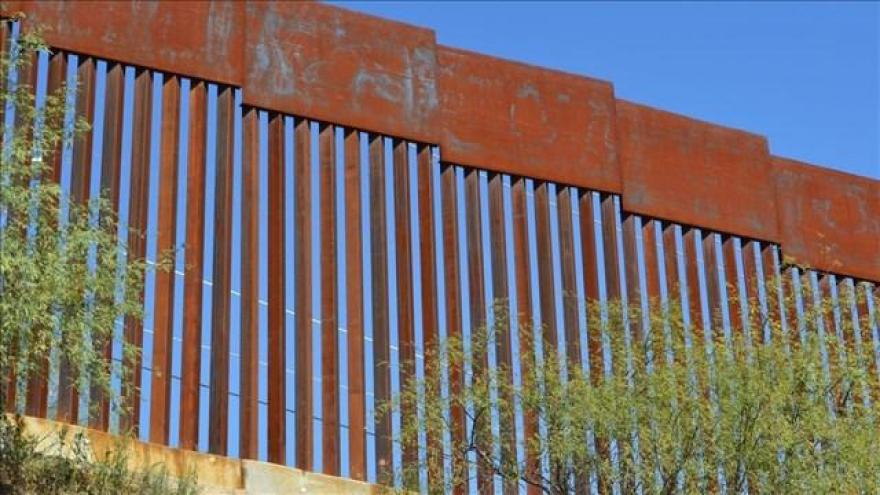 (CNN) -- The Trump administration has revealed its master plan for securing the border -- and it's going to cost $33 billion.

Of that total, $18 billion will be required for President Donald Trump's long-promised border wall, according to Customs and Border Protection documents obtained by CNN that were sent to lawmakers on Capitol Hill.

The remaining $15 billion would cover technology, personnel and readiness, the document says.

Titled "Critical CBP Requirements to Improve Border Security," the document says CBP has identified what a 2,026-mile border wall system would entail --comprising about 864 miles of new wall and about 1,163 miles of replacement or secondary wall -- even as administration officials and their allies insist they are not pursuing a wall "from sea to shining sea," as Homeland Security Secretary Kirstjen Nielsen and her predecessor John Kelly have testified to Congress.

The document says the $18 billion investment will cover 722 miles of border wall -- about 316 new miles of primary structure and about 407 miles of replacement and secondary wall.

The administration does not envision the investment happening all at once, laying out the investment costs over 10 years, breaking down the totals desired per year. The fiscal year 2018 request would have 60 miles of primary wall and 14 miles of secondary wall to the tune of $1.6 billion, for example, and FY19 would cover 65 miles for another $1.6 billion. The numbers increase in subsequent years.

Congress has yet to agree to appropriate any of the administration's requested funds for a border wall.

The Wall Street Journal first reported on the strategy document.

The document CNN obtained was a shorter one sent to key negotiators who are discussing replacing the Deferred Action for Childhood Arrivals program, which Trump has opted to end.

The fiscal year 2017 omnibus budget package passed by Congress last year required a comprehensive plan from CBP on securing the border, which was due in August but had not been delivered before Thursday.

Members of Congress, including Senate Republican Whip and Texan John Cornyn, have called on the administration to present a coherent border strategy as opposed to individual yearly requests for border funds.

An administration official told CNN that the budget estimate "only covers one aspect -- the border security needs -- of the President's previously stated immigration policy priorities and was delivered to the Hill to meet a specific request from negotiating team members. The border wall needs to be fully funded by Congress but the other priorities, such as improved immigration enforcement measures and a merit-based immigration system, must also be part of the larger immigration reform package."