Trump: Clinton could shoot somebody and not be arrested 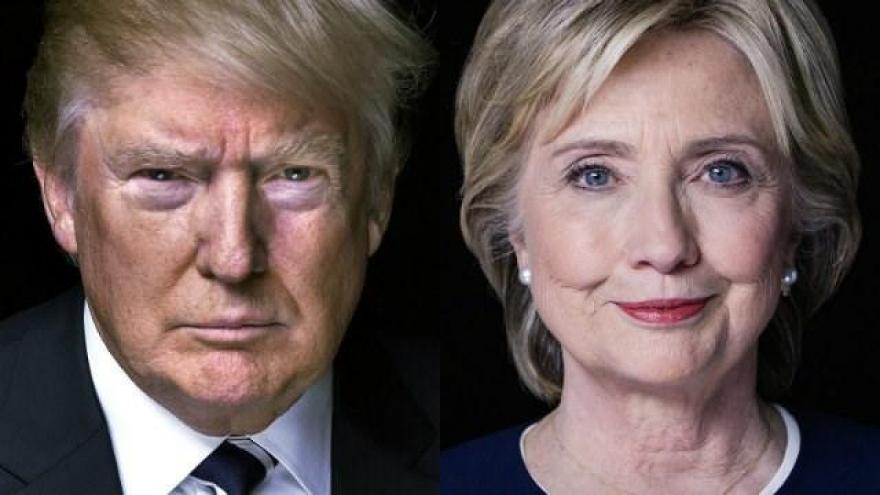 PENSACOLA, Florida (CNN) -- Donald Trump said Friday that Hillary Clinton could "shoot somebody" in public and avoid prosecution -- echoing a phrase he once used to describe his electoral invulnerability.

The Republican nominee's comments here came as he slammed Clinton's handling of classified information during her time as secretary of state and lamented federal authorities' decision not to charge Clinton after concluding a lengthy investigation.

"She's being so protected. She could walk into this arena right now and shoot somebody with 20,000 people watching," Trump said mimicking a gun with his hand, "right smack in the middle of the heart and she wouldn't be prosecuted, OK?"

Trump held his rally Friday in an arena with a listed capacity of 10,000 people. The "shoot somebody" line wasn't in Trump's prepared remarks.

The FBI recommended against any charges after concluding a lengthy investigation of Clinton's use of a private email server during her time as secretary of state and the Justice Department heeded that recommendation.

A message left with the Clinton campaign was not immediately returned.

Friday's remark was reminiscent of Trump's comment earlier this year when he said that he could shoot somebody in the middle of New York's busy 5th Avenue and not lose any support.

"I could stand in the middle of 5th Avenue and shoot somebody and I wouldn't lose voters," Trump said during a campaign rally in January in Iowa.

Trump took the stage Friday before a fiery crowd of supporters who had just heard a blistering and vitriolic critique of Clinton's email use from Rudy Giuliani, the former New York City mayor and federal prosecutor who loudly argued that Clinton had committed "crimes" and should have been prosecuted.

After zealously greeting Trump's arrival on stage with raucous chants, shrieks and cries, the supporters cheered as he accused Clinton of being a corrupt criminal who could shoot someone with impunity.

Trump's comments Friday night follow his repeated criticism of Clinton as a "corrupt" politician and came moments after his crowd of supporters erupted in chants of "Lock her up! Lock her up!"

"The only thing she's done well -- and she'll go down in history for it, I have to admit -- is getting out of trouble with the emails. That's the single greatest achievement of Hillary Clinton," said Trump, who has never held elected office.

He also labeled her as "unstable" and "trigger-happy."

"She is the corrupt establishment," Trump said.