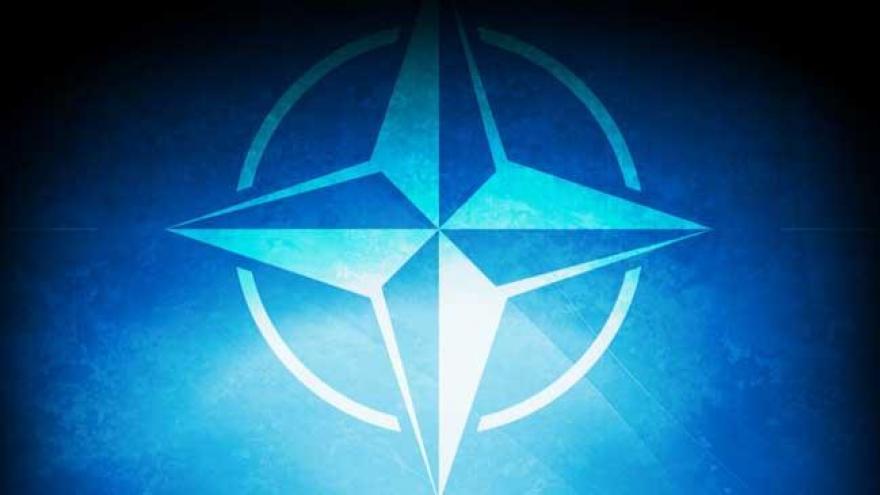 (CNN) -- US Defense Secretary James Mattis has warned NATO that America could "moderate" its commitment to the alliance if other member states fail to meet the requisite spending targets.

Mattis reaffirmed America's support for NATO on Wednesday, describing the alliance as a "fundamental bedrock for the US and all the transatlantic community."

But speaking in Brussels, where he met with defense ministers for the first time since being sworn in, Mattis also reiterated US President Donald Trump's calls for fellow members to meet the requisite spending targets.

Only five of the 28 member states currently meet the alliance's spending target of 2% of GDP. And while Mattis stated the US was committed to NATO, he did warn that Washington would not be shy in confronting those who are failing to pull their weight financially.

"No longer can the American taxpayer carry a disproportionate share of the defense of western values," Mattis told fellow defense ministers.

"Americans cannot care more for your children's security than you do. Disregard for military readiness demonstrates a lack of respect for ourselves, for the Alliance, and for the freedoms we inherited, which are now clearly threatened."

Mattis urged fellow ministers to put forward a plan to ensure that NATO is not in the same situation this time next year, and urged on member states to make the 2% target contributions.

He warned that the support of the US government should not be taken for granted.

"America will meet its responsibilities, but if your nations do not want to see America moderate its commitment to this alliance, each of your capitals needs to show support for our common defense."

Mattis also spoke of the need to negotiate with Russia "from a position of strength."

"While the United States and the alliance seek to engage Russia, we must at the same time defend ourselves if Russia chooses to act contrary to international law," Mattis said.

"Just as we did throughout the darkest days of the Cold War, the United States remains willing to keep open political channels of cooperation and deescalate tensions.

"We remain open to opportunities to restore a cooperative relationship with Moscow, while being realistic in our expectations and ensuring our diplomats negotiate from a position of strength."

Trump labeled NATO "obsolete" during a January interview, but his stance has softened since then.

Earlier this month, Trump vowed strong support for the alliance and committed to attending a meeting of NATO leaders in Europe in May after speaking to NATO Secretary General Jens Stoltenberg.

NATO also said that the two men "reconfirmed the importance of the alliance in troubled times."

There had been consternation over Trump's position on NATO during the campaign.

He was particularly critical of the 23 members of the alliance which are not meeting the recommended defense spending levels of 2% of GDP.

Of NATO's 28 members, just the US, Greece, Poland, Estonia and the UK met the target.

During a joint interview with the Times of London and the German publication Bild ahead of the inauguration, Trump made plain his fears over the transatlantic alliance.

"I said a long time ago that NATO had problems," he said.

"Number one, it was obsolete, because it was designed many, many years ago.

"Number two, the countries weren't paying what they're supposed to be paying," adding that this was to the detriment of the US.

But speaking earlier this month at the headquarters of US Central Command in Florida, Trump was more positive.

"We strongly support NATO," he said.

US Vice President Mike Pence is set to meet with Stoltenberg in Brussels on February 20, when they are expected to discuss the ongoing partnership and Trump's stance on spending.

Speaking alongside Mattis, Stoltenberg said the US "has been clear that we need more defense spending, and fairer burden-sharing."

He cited figures which showed that defense spending among European allies and Canada had gone up by 3.8% in real terms in 2016, which he says is approximately $10 billion.

"This is significant, but it is not enough," he said. "We have to continue to increase defense spending across Europe and Canada. So, we need to keep the momentum."