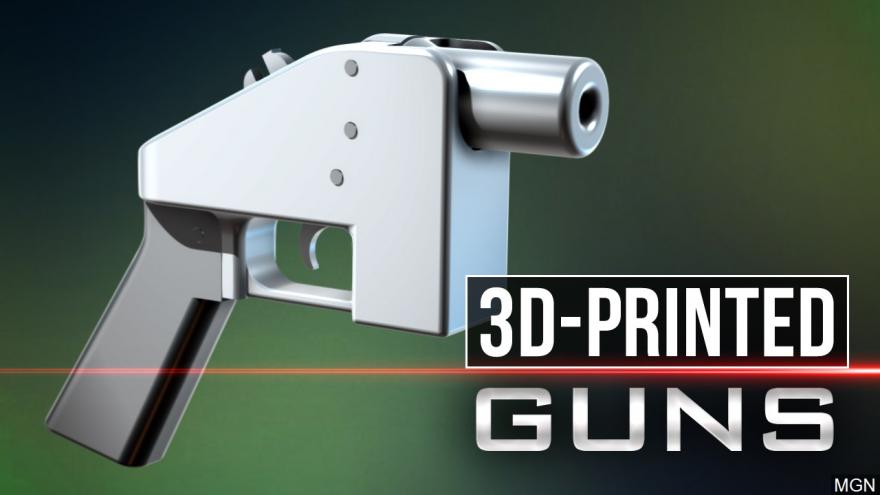 WASHINGTON (AP) — President Donald Trump said Tuesday he is "looking into" the idea of a company providing plans for 3D plastic guns to the public, declaring it "doesn't seem to make much sense!"

Trump tweeted that he has already spoken with the National Rifle Association about the downloadable directions a Texas company wants to provide for people to make 3D-printed guns. The guns are made of a hard plastic and are simple to assemble, easy to conceal and difficult to trace.

Congressional Democrats are urging the administration to reverse its decision to allow Austin-based Defense Distributed to publish downloadable blueprints for the 3D guns. Eight states have filed suit to block the decision, contending that the plastic weapons are a boon to terrorists and criminals and threaten public safety.

"Well, fix this deadly mistake that once again your administration has made," Markey said in a remark directed at the president. If he fails to act, "Donald Trump will be totally responsible for every downloadable, plastic AR-15 (gun) that will be roaming the streets of our country."

Connecticut Sen. Richard Blumenthal was more graphic, saying that if Trump does not block sale of the 3D guns, "Blood is going to be on his hands."

The NRA did not immediately respond to requests for comment.

Markey, Blumenthal and other Democrats filed legislation that would prohibit the publication of a digital file online that allows a 3D printer to manufacture a firearm. Democrats have filed a separate bill to require that all guns have at least one significant component made of metal.

The measure is intended to ensure that even guns primarily made of plastic can be discovered by metal detectors.

In a suit filed Monday in Seattle, eight Democratic attorneys general asked a judge to block the federal government's settlement with Defense Distributed that allowed the company to make the plans available online.

People can use the blueprints to manufacture plastic guns using a 3D printer. But industry experts have expressed doubts that criminals would go to the trouble, since the printers needed to make the guns are very expensive, the guns themselves tend to disintegrate quickly and traditional firearms are easy to come by.

Unlike traditional firearms that can fire thousands of rounds in a lifetime, the 3D-printed guns normally last only a few rounds before they fall apart, experts say. They don't have magazines that allow the usual nine or 15 rounds to be carried; instead, they usually hold a bullet or two and then must be manually loaded afterward. And they're not usually very accurate.

Cody Wilson, the founder of Defense Distributed, first published downloadable designs for a 3D-printed firearm in 2013. The plans were downloaded about 100,000 times until the State Department ordered him to cease, contending the effort violated federal export laws since some of the blueprints were downloaded by people outside the United States.

The company filed its own suit in Texas on Sunday, asserting that it's the victim of an "ideologically fueled program of intimidation and harassment" that violates the company's First Amendment rights.

Meanwhile, Defense Distributed agreed to block temporarily Pennsylvania residents from downloading the plans after state officials went to federal court in Philadelphia on Sunday seeking an emergency order. The company said it has also blocked access to users in New Jersey and Los Angeles.