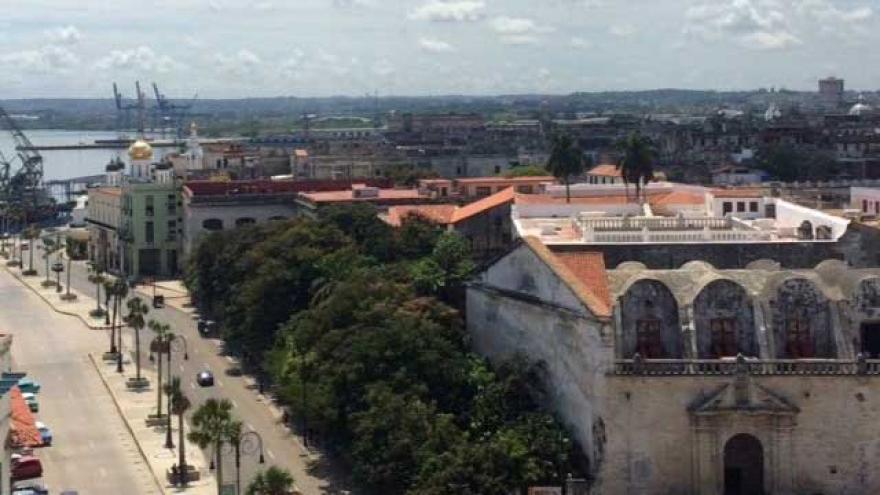 (CNN) -- President Donald Trump is expected to roll back portions of the Obama opening with Cuba as early as June, according to a US government official involved in the review of current US policy toward the communist-run island.

That official, as well as other current and former administration officials and Cuba experts, expect an announcement from Trump soon that the United States would no longer make unilateral concessions to Cuba -- as critics accused the Obama administration of doing.

They also expect that Trump will demand US fugitives of justice, such as Assata Shakur, who received political asylum on the island after being convicted of killing a New Jersey state trooper and escaping from a US prison, be extradited. And they believe the President will bar American companies from making deals with the Cuban military, which controls much of the state-run tourism industry.

Trump is not expected to reverse all of Obama's changes, which were seen as the most significant relaxation of tensions between the United States and Cuba since Fidel Castro's 1959 revolution.

But, current and former US officials say, Trump is looking to make a symbolic gesture that will fulfill his campaign promises to conservative Cuban-American voters and anti-Castro members of Congress without closing the door on Cuba's emerging market for US businesses.

"I'm 1,000 percent sure the President is going to deliver on his commitment," Rep. Mario Diaz-Balart. R-Florida, who has lobbied the White House to reverse the Obama policy, told the National Journal in May. "I have no doubt that you're going to see in short order a different policy."

A White House official who did not want to be named said the administration is still considering what precise actions to take against Havana.

"All of the suggestions in this article and more are on the table but none has been presented as yet to the President as of last night, but they are consistent with what he has said in the campaign," the administration official said. "Until he sees all the options before him -- and none of us can speak for him -- we do not know what he will decide in the end. You can take this administration's actions on Venezuela as a guide."

The Trump administration in May placed sanctions on eight members of Venezuela's Supreme Court for stripping the country's National Assembly of power, a move that was seen as contributing to the violent protests there. The sanctions prevent officials from traveling or doing business in the US and freeze any assets they may have abroad.

The expected new policy in Cuba comes as Raul Castro appears to be finalizing his term as president. Castro has said he will step down in February 2018.

Although Castro is expected to hand pick his successor, the changing of the guard on the island would give the opportunity for the Trump administration to soon deal with a less polarizing figure if relations don't significantly worsen.

Before running for president, Trump had explored the possibility of opening hotels in Cuba. But on the campaign trail he took a much tougher line, threatening to cut diplomatic ties unless the government made concessions on human rights and religious freedoms.

US officials said the administration was still looking at placing tighter controls on Americans visiting the island and possibly re-enacting a ban on US travelers bringing back Cuban cigars and rum, which was lifted by Obama.

While the US prohibits tourism to Cuba, the US Treasury Department currently allows travelers to "self-license" under 12 different categories of travel, such as educational tours and participating in sporting events. But the sources said Trump could end that practice, which has created a loophole that allows almost anyone to travel to the island legally.

Tightening up on those categories would likely impact earnings for the US airlines and cruise ship companies that began service to Cuba in 2016 and go against a rising anti-travel sanctions sentiment.

In May, 55 US senators said they supported a bill to scrap the travel ban altogether.

Trump also could overturn former President Barack Obama's Presidential Policy Directive, which laid out general parameters for the US of a policy of engagement with Cuba. But sources said such a move would be largely cosmetic and would not have much impact.

Earlier this month, acting Assistant Secretary Francisco Palmieri, the State Department's top diplomat for the Western Hemisphere, told reporters a focus of Trump's revamped policy "will be a high priority" to ensure that "Cuba makes further substantive progress toward greater respect for human rights in the country."

For months, Cuban officials adopted a wait-and-see attitude to Trump, with Raul Castro congratulating Trump on his electoral victory and saying he hoped to work with the new US president to continue to improve relations.

But on May 20, considered by many Cubans in exile to be the island's independence day, Trump issued a statement saying, "The Cuban people deserve a government that peacefully upholds democratic values, economic liberties, religious freedoms, and human rights, and my Administration is committed to achieving that vision."

Later that day, a Cuban state broadcaster read a statement saying Trump's views on Cuba were "poorly advised" and "clumsy."