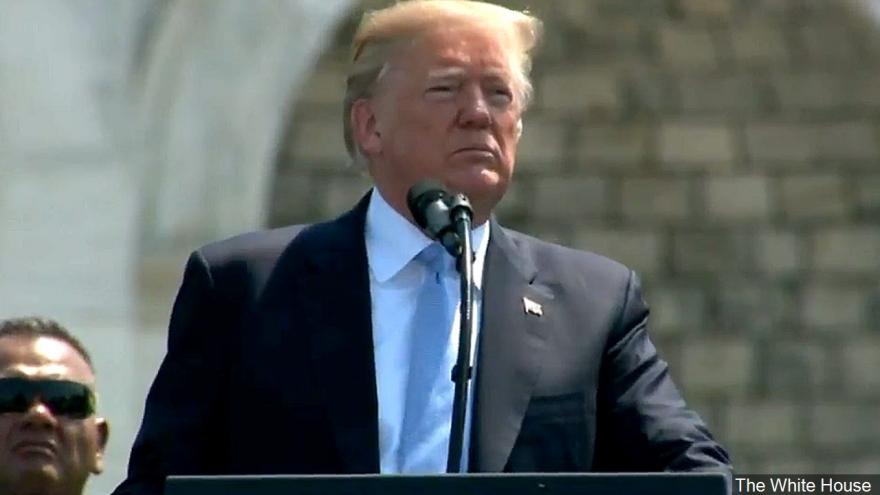 (CNN) -- President Donald Trump announced Friday that he is nominating Robert Wilkie to lead the Department of Veterans Affairs, three weeks after his previous nominee withdrew from the confirmation process.

Wilkie is currently the undersecretary of defense for personnel and readiness, but has been serving as the VA's acting secretary since the President fired VA Secretary David Shulkin in late March.

Trump said Wilkie did not know Trump would announce his nomination during the event on Friday.

Trump initially nominated White House physician Ronny Jackson to lead the VA, but his nomination flamed out amid allegations of improper behavior during his time at the White House medical unit.

Trump made the announcement during an unrelated White House event on prison reform and as news coverage of the latest mass shooting in America blanketed the airwaves. Trump announced Wilkie as his pick moments after expressing his "sadness and heartbreak" over the shooting.