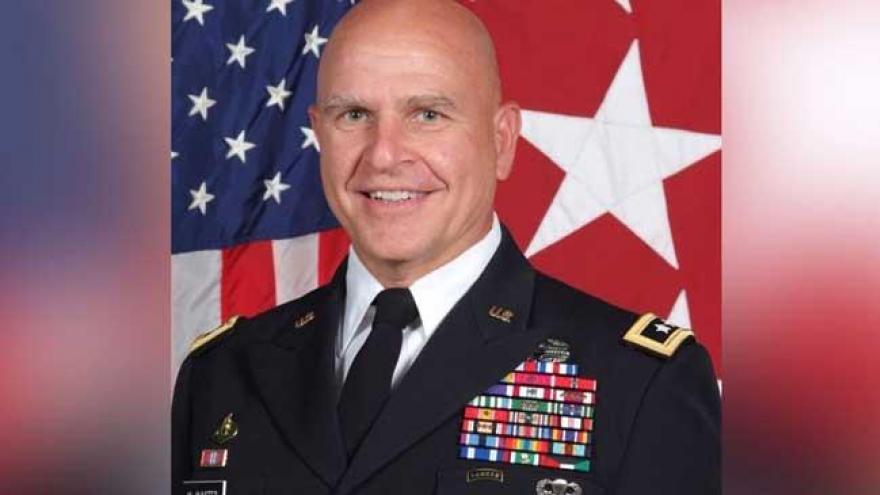 McMaster, the head of the Army Capabilities Integration Center, will become one of Trump's top national security and foreign policy advisers, taking the helm of the White House's National Security Council, which was left rudderless after Flynn was forced to resign after just 24 days on the job.

Retired Lt. Gen. Keith Kellogg, who had been serving as the acting national security adviser since Flynn's exit, will return to his role as chief of staff of the National Security Council.

Trump announced his decision Monday seated alongside McMaster and Kellogg at his Mar-a-Lago residence in Florida, where a day earlier he interviewed McMaster and several other candidates for the national security adviser post.

"He is a man of tremendous talent and tremendous experience," Trump said of McMaster. "I watched and read a lot over the last two days. He is highly respected by everybody in the military, and we're very honored to have him."

McMaster called the appointment a privilege and said he looks forward to doing "everything I can to advance and protect the interests of the American people."

McMaster was not Trump's first choice to assume the role of national security adviser. Trump initially offered the position last week to retired Vice Adm. Robert Harward, who turned it down amid concerns about how the White House was being run, sources told CNN last week.

The search for a new national security adviser was sparked by a report that revealed Flynn had discussed sanctions with Russia's ambassador to the US, Sergei Kislyak, before the Trump administration came into office and did not disclose that detail of the conversation to Vice President Mike Pence. Trump said he fired Flynn because of his failure to disclose those details to Pence, but not because of the conversation itself with the Russian ambassador.

McMaster will take on the role after having served several tours of duty in Germany, Southwest Asia and Iraq, including a stint as special assistant to Gen. David Petraeus when he was commander of the US-led coalition forces in Iraq during the 2007 troop surge.

McMaster has a PhD in military history from the University of North Carolina at Chapel Hill. He was tapped for national security adviser over several other finalists for the position, including John Bolton, the hawkish ambassador to the United Nations under George W. Bush who also served in senior positions in the administrations of George H.W. Bush and Ronald Reagan.

Trump signaled Monday that Bolton would soon get a role in his administration "in a somewhat different capacity" despite having been passed over for the national security adviser spot. The President noted that Bolton has "a good number of ideas that, I must tell you, I agree with."