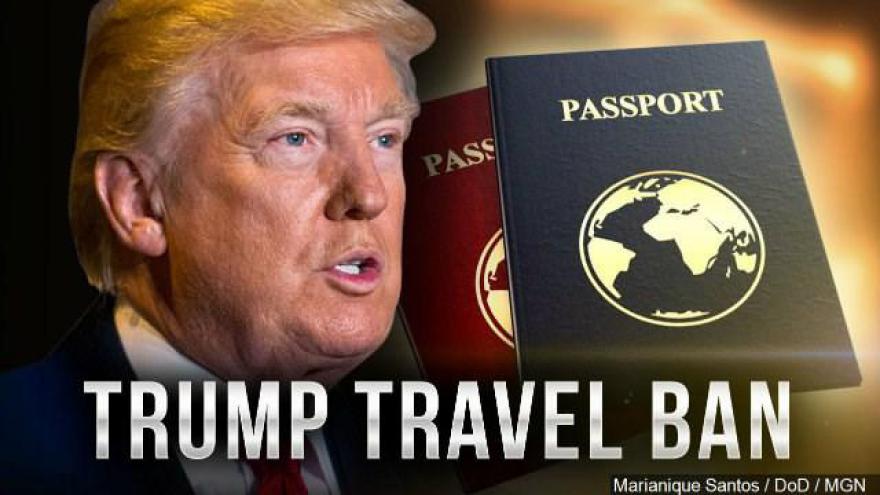 (CNN) -- President Donald Trump is planning to sign an updated executive order banning travel from certain Middle Eastern and African countries early next week, possibly as soon as Monday, at the Department of Homeland Security, an administration official told CNN, cautioning that plans could change.

Trump was scheduled to sign the order last Wednesday but pushed it back after his joint address to Congress received overwhelmingly positive reviews.

"We want the (executive order) to have its own 'moment,' " a senior administration official told CNN on Tuesday.

Sources told CNN that Secretary of State Rex Tillerson, Secretary of Defense James Mattis and national security adviser H.R. McMaster have all advocated for Iraq to be removed from the administration's list of banned countries in the new executive order for diplomatic reasons, including Iraq's role in fighting ISIS. Homeland Security Secretary James Kelly also supported the move, but it remains unclear whether the White House has made a final decision on the issue.

The news of the pending announcement came as lawyers for the Justice Department stated in a court filing this week that the President plans to formally "rescind" the old travel ban and replace it with "a new, substantially revised" executive order.

Two sources told CNN they expected that the President will revoke the original travel ban despite repeated statements from White House press secretary Sean Spicer that the new executive order would co-exist with the old one on a "dual track."

The Justice Department previously indicated in court filings that a new executive order was on the way, but in a new legal filing on Thursday, it provided more clarity on the administration's current decision-making on formally rescinding the existing travel ban.

In a written order granting the Trump administration a two-week extension to respond to a federal class-action lawsuit against the travel ban, Judge James Robart noted the plaintiffs' frustrations over the apparent contradictions between what Spicer and Justice Department lawyers have said about plans to revise the ban.

[T]he court will continue to rely on the representations of the government's attorneys, as officers of the court, which indicate that the new Executive Order will 'rescind,' 'replace,' 'supersed[e],' and 'substantially revise[]' the existing Executive Order," Robart wrote in his decision.

Robart is the same judge who, in a different case, granted a temporary restraining order against key provisions of current executive order, which the White House rolled out in January. The order aimed to bar foreign nationals from seven Muslim-majority countries from entering the United States for 90 days, and all refugees for 120 days.