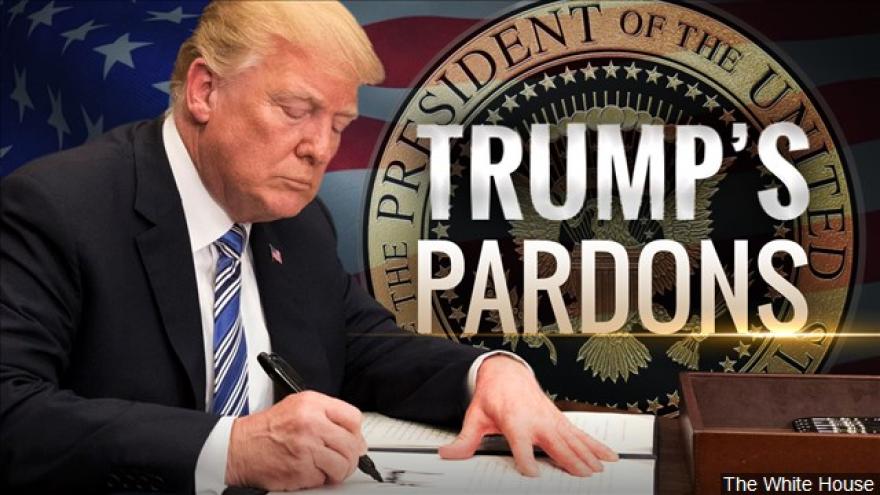 President Donald Trump says he is looking over \"thousands of names\" of people who could be granted clemency, including the late boxing champion Muhammad Ali. Photo courtesy The White House

Trump tells reporters he's looking at "thousands of names" of people who could be granted clemency.

Trump's already granted a posthumous pardon to boxing's first black heavyweight champion, Jack Johnson — convicted of violating a law that made it illegal to transport women across state lines for "immoral" purposes.

Ali refused to enter the military during the Vietnam War, declaring himself a conscientious objector. His decision resulted in a draft-evasion conviction, and he was stripped of his heavyweight boxing crown. Ali's legal fight ended in 1971, when the Supreme Court ruled in his favor.

Earlier this week, Trump commuted the life sentence of a woman whose cause was championed by Kim Kardashian West.