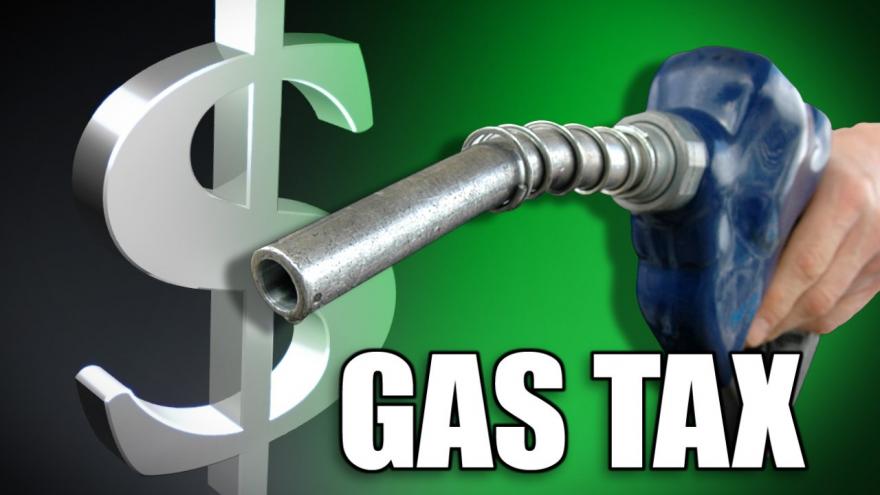 (CNN) -- President Donald Trump suggested Wednesday that a 25 cent increase in gas and diesel taxes would be needed to help pay for the administration's new infrastructure plan, according to Democratic Sen. Tom Carper.

In a bipartisan meeting with lawmakers at the White House, Trump noted that the federal gas tax hasn't been raised since 1993, said Carper, the top Democrat on the Environment and Public Works Committee.

Transportation Secretary Elaine Chao did not rule out a gas tax Tuesday when she spoke to reporters at the White House, but she described it as "not ideal."

"The President has not declared anything out of bounds, so everything is on the table. The gas tax, like many of the other pay-fors that are being discussed, is not ideal," she said. "There are pros and cons. The gas tax has adverse impact, a very regressive impact, on the most vulnerable within our society; those who depend on jobs, who are hourly workers. So these are tough decisions, which is why, once again, we need to start the dialogue with the Congress, and so that we can address these issues on this very important point."

"He was not advocating that. He was looking at all the options," Inhofe said. "All he said was we need to do something and that is still on the table."

Asked if Trump offered political cover to lawmakers who supported a tax hike, Inhofe said he didn't recall "that word being used."

"I think that's an exaggeration," he said. "A combination of exaggeration and wishful thinking."

The administration laid out an infrastructure plan on Monday that aims to turn $200 billion in federal money into $1.5 trillion by leveraging local and state tax dollars and private investment. While the administration has not explicitly laid out a plan for revenue, local governments will likely turn to tolls and other user fees if asked to come up with more of their own funding in order to win federal incentive grants.