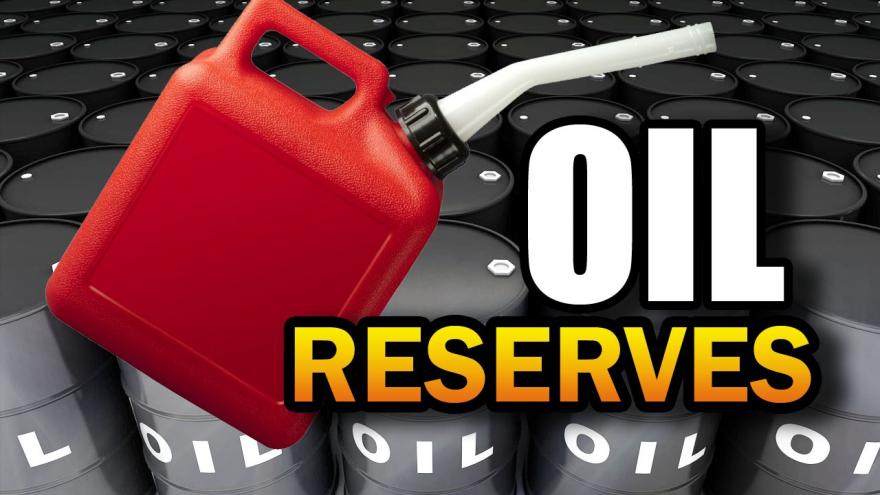 By Matt Egan and Betsy Klein

(CNN Money) -- The Trump administration has tapped an emergency stockpile of crude oil in response to the major refinery outages in the U.S. Gulf Coast caused by Hurricane Harvey.

The Energy Department said it will send 500,000 barrels of oil from the Strategic Petroleum Reserve to the Phillips 66 refinery in Lake Charles, Louisiana. Officials said the refinery, which hasn't been shutdown by the historic flooding, requested the release of emergency oil.

The oil reserve is made up of a complex of tanks and deeper underground storage caverns.It can hold more than 700 million barrels of oil, making it the largest emergency oil reserve in the world.

The move is aimed at shielding Americans from higher gasoline prices, which have begun to rise sharply due to a shortage of gasoline caused by refinery shutdowns, port closures and oil production outages.

The Energy Department said it will "continue to provide assistance as deemed necessary," including more potential drawdowns from the emergency reserve.

The decision to tap the oil reserve follows the shutdown of the Colonial Pipeline, which normally carries a huge amount of gasoline between Houston and the East Coast. The key pipeline was knocked offline because there isn't enough gasoline flowing for it to operate.

Energy Secretary Rick Perry noted the Colonial Pipeline outage is driven by limited gasoline supplies, not damage to the pipeline itself.

"I don't know how long it's going to take to get those (refineries) back on," Perry told reporters on Thursday aboard Air Force Two with Vice President Mike Pence.

Matt Smith, director of commodities research at ClipperData, said the emergency stockpile release is likely aimed at helping to fill up the Colonial Pipeline.

"There's a huge logistical challenge going on at the moment because those refineries up and running don't have access to the oil they need," said Smith.

The Energy Department is also trying to ease fears about a severe gasoline shortage.

"This release sends a message to the market that the U.S. government is willing to address any kind of supply shortages. There's definitely a psychological impact," said Joe McMonigle, a former Energy Department official who now serves as senior energy analyst at the Hedgeye Potomac Research Group.

The widespread disruption in the U.S. Gulf Coast has lifted the average price of a gallon of gasoline by 10 cents to $2.449 on Thursday, according to AAA.

McMonigle predicted the Energy Department will take more steps because refinery recoveries are likely to be slow.

Historic flooding caused by Harvey knocked one-fifth of the nation's refining capacity offline, according to S&P Global Platts. Thirteen oil refineries in Texas have shut down or are in the process of closing, while others are operating at reduced rates.

"The situation on the ground is even worse than what is being reported. This may not be a quick turnaround. it could take some time for the industry to get back on its feet," McMonigle said.

The U.S. dipped into the strategic oil reserve during other disruptions, such as the 2011 turmoil in Libya and during Hurricane Katrina in 2005.

Earlier this year, President Trump proposed selling off half of the oil sitting in the reserve to raise revenue. Some analysts at the time criticized the proposal as risky.