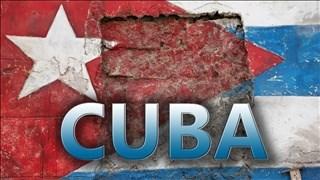 "If Cuba is unwilling to make a better deal for the Cuban people, the Cuban/American people and the U.S. as a whole, I will terminate the deal," Trump tweeted

Trump's threat came after the death of long-time Cuban dictator Fidel Castro, whose passing on Saturday he marked with another tweet. "Fidel Castro is dead!" the president-elect wrote, before issuing a statement condemning the Cuban leader.

Trump appears to be aiming to use the coming political transition in Cuba -- likely to be smoothed by the presence of Castro's brother Raul -- as a possible opportunity to renegotiate the terms of the rapprochement between the US and Cuba.

During his presidential campaign, Trump was an uneven critic of the détente with Cuba, alternately supporting the effort while criticizing the terms of the diplomatic negotiations.

In an interview with the Daily Caller in September, Trump had said the move was "fine." "50 years is enough," he said. "I think it's fine. I think it's fine, but we should have made a better deal. The concept of opening with Cuba is fine."

But a Miami rally in October, he took a more aggressive tone, saying he would reverse the deal unless Cuba met certain demands such as the "religious and political freedom for the Cuban people, and the freeing of political prisoners," without going into specifics. He called the Obama administration's negotiations "a very weak agreement."