Trump touts US nuclear arsenal amid standoff with North Korea 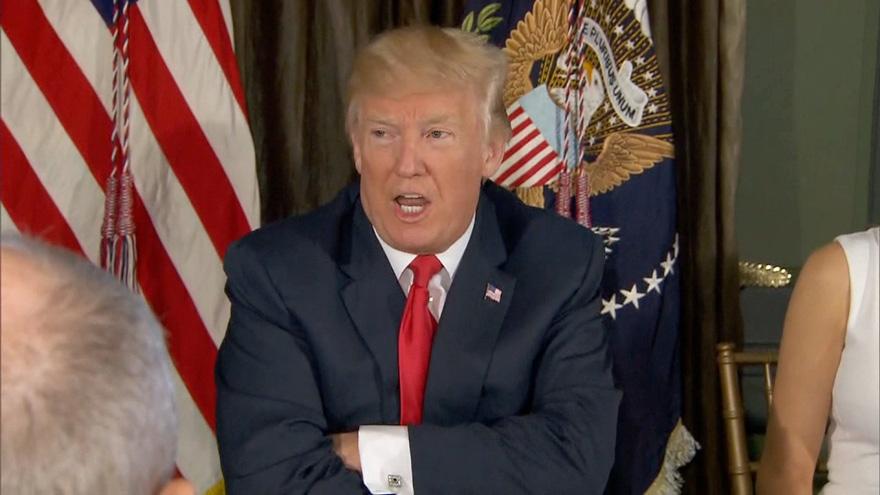 "My first order as President was to renovate and modernize our nuclear arsenal. It is now far stronger and more powerful than ever before," Trump wrote just before 8 a.m. ET from his golf resort here. "Hopefully we will never have to use this power, but there will never be a time that we are not the most powerful nation in the world!"

Trump was apparently referring to a review of US nuclear weapons that began earlier this year, which he directed Defense Secretary James Mattis to undertake in a presidential memorandum signed during a January visit to the Pentagon.

Such reviews of the US nuclear posture are required by Congress and typically occur every eight years. The Pentagon last conducted a review in 2010 that was ordered by then-President Barack Obama.

It is unclear to what extent, if any, the US nuclear arsenal has been modernized since Trump took office. Such efforts would require billions of dollars allocated by Congress, and Trump's administration has proposed increasing spending on nuclear programs by 11%, more than the overall increase to the defense budget.

Significant changes to the US nuclear arsenal capability would be heavily governed by existing treaties with other nuclear states. The longstanding goal of those agreements has been to reduce the overall number of nuclear weapons worldwide.

The White House initially declined to clarify Trump's remarks, saying they spoke for themselves. Aides would not name who Trump consulted before delivering the comments.

On Wednesday morning, a White House spokeswoman said Trump had been in touch with national security officials before he delivered his statement.

"The President and chief of staff Kelly are, and have been, in constant contact with members of the NSC team," said the spokeswoman, Lindsay Walters.

While he delivered his remarks, Trump appeared to be reading from a piece of paper, though it wasn't clear whether it was related to North Korea. Walters declined to clarify whether Trump's remarked had been scripted.

Meanwhile, Trump's secretary of state Rex Tillerson told reporters Wednesday that Trump was aiming to use language that Kim Jong Un would understand.

"I think what the President was doing was sending a strong message to North Korea in language that Kim Jong Un would understand because he doesn't seem to understand diplomatic language," Tillerson told reporters aboard his aircraft, which was traveling back from a summit meeting in Malaysia.

But Tillerson also sought to cool fears of imminent war with North Korea.

"I have nothing that I have seen and nothing that I know of would indicate that the situation has dramatically changed in the last 24 hours," he said.