Trump vows to 'slash restraints' on drug development for FDA 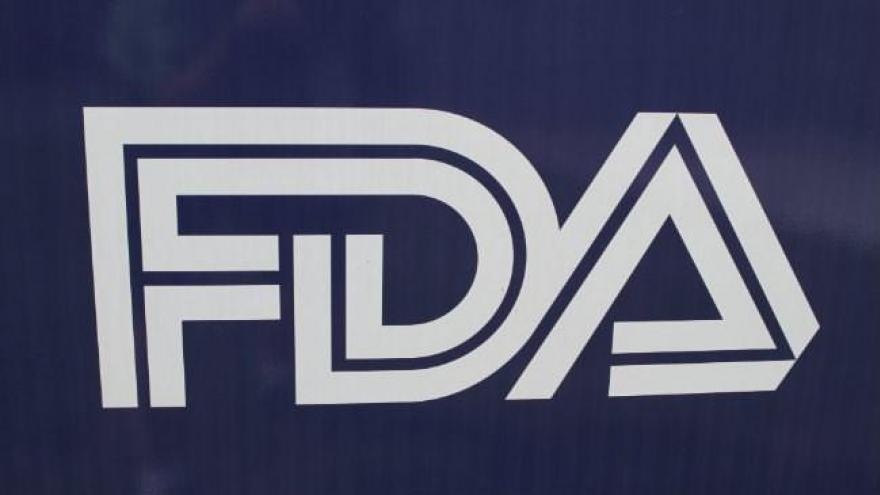 (CNN) -- President Donald Trump used his first address to a joint session of Congress on Tuesday to, among other things, promise to "slash the restraints" put on drug development by the Food and Drug Administration and across the government so the "slow and burdensome (drug) approval process" doesn't hinder medical advances.

To illustrate his point, he invited "miracles" like Megan Crowley to attend the speech.

Crowley is a 20-year-old sophomore at the University of Notre Dame who wasn't expected to live past age 5. She has Pompe disease, a serious and rare inherited disorder that leads to severe muscle weakness and heart problems. It is typically fatal. The disease had no pharmaceutical treatment until her father founded a company to develop an enzyme replacement therapy that would help save her life.

Trump's message was consistent with conservatives' interest in deregulation and in keeping with what he said on the campaign trail, when he said he would like to "speed the approval of life-saving medications" and pledged that he would be "cutting the red tape at the FDA."

In January, he told a meeting of pharmaceutical company executives in the Oval Office, "we have to get rid of a tremendous number of regulations." He promised that his administration will be "streamlining the process so that from your standpoint, so that when you have a drug, you can actually get it approved -- if it works -- instead of waiting for many, many years."

But it may not be that simple. Here's what to know about the FDA's drug-approval process and how cutting red tape could lead to cures.

What does the FDA do when it comes to drug approval?

The FDA was set up to protect Americans from unsafe and ineffective drugs.

Before you can buy a prescription drug at your local pharmacy, it must meet strict standards set out by the FDA. The agency will decide, based on all the data it gets from a company, that the drug is safe and that there is proof it will have the effect the company says it has.

If it isn't safe or effective, it won't go to market.

How does approval work?

The company runs experiments on a drug in a lab and on animals and then tests it on a small number of humans to get the dosage right.

Once the drug is determined to be safe, it can be tested on larger and larger groups of humans to prove that it does what the company claims.

Once the company thinks it has enough data to support its claims, it will submit research to the FDA for review. The FDA will evaluate the research and decide to accept or reject it.

How long does the testing process take?

It depends on the complexity of the research. More than two-thirds of new drugs are approved on the basis of studies lasting six months or less.

How long does it take to develop a drug?

On average, it takes 12 years to go from the research lab to the patient. But the drug that makes it to a patient is an exception. Only five in 5,000 of the drugs that are in preclinical testing make it to human drug trials, and only one in five is ever approved for human use.

How long does the review take?

The agency has a 10-month window to do a standard review for drugs that offer, at best, minor improvements over existing market therapies.

Is there a way to move a drug along faster?

In 1992, the Prescription Drug User Fee Act created a system called "priority review," a label given to drugs that show major advances in treatment or provide medical help where there was none.

The agency has a goal of completing those reviews in six months.

Has the review process gotten faster or slower over time?

Congress and the FDA have created mechanisms to make this process go a lot faster in the past couple of decades.

There has been a steady push from politicians and the industry to move the process along. During the AIDS crisis of the late 1980s and 1990s, that push took on a new urgency when a disproportionately large group of young people died while waiting for government approval of drugs that had showed great promise.

After enormous pressure from politicians and AIDS activists, in 1988, the FDA formalized its "fast track" designation, which would approve drugs that could treat a life-threatening or severely debilitating illness after earlier-stage tests.

In 1992, the FDA created the "accelerated approval" process, which allows drugs to go ahead with even earlier-stage data if they would be used to treat a life-threatening or serious illness. That year, the FDA also created the "priority review" system.

The 1983 law called the Orphan Drug Act gives tax breaks and an exclusive market for a period to drugs that treat patients with a disease that may be too rare for researchers to find enough subjects for typical large randomized trials.

Drug companies would often not develop drugs for these markets because there may not have been enough incentive to invest in a product that would be used by so few people.

Crowley's father was able to set up his company and make the drug that saved her under the authority of this act.

Has this faster process inspired innovation?

Since the FDA created this faster process, an increasing number of companies have used it to get their drugs to market, but there aren't necessarily an abundance of "miracles" and breakthrough drugs. In fact, a 2015 independent analysis of drugs approved during this faster processing time found that the trend "is being driven by drugs that are not first in class and thus potentially are less innovative."

What drugs have benefited from the sped-up process?

Imatinib, a drug used to treat chronic myelogenous leukemia, benefited from all four programs created to speed the drug approval process and got through in a mere 2½ months of FDA review, one study showed.

Have there been any problems related to a quick approval process?

Gemtuzumab, a drug that went through the accelerated approval process and was approved in 2000 to treat myeloid leukemia, a bone marrow cancer, was voluntarily withdrawn in 2010. The additional studies required by the FDA after expedited approval contradicted earlier research, finding that people who took it had no improvement and that there were a greater number of deaths among patients who took it. The drug was also associated with a potentially fatal liver condition.

That's what happened with the drug rosiglitazone. Eight years after it was approved, the maker had to put black-box labels because research showed that taking it raised the risk of congestive heart failure and death from cardiovascular causes.