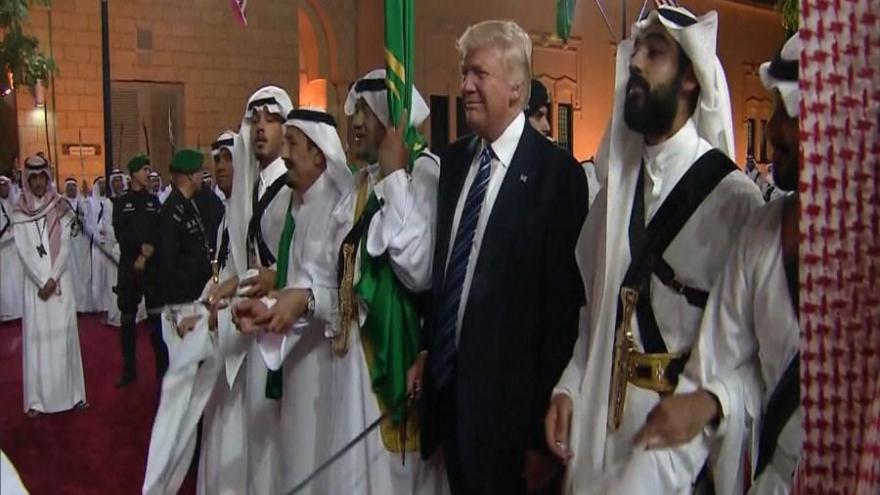 (CNN) -- President Donald Trump and other male White House officials bounced along to a ceremonial sword dance in the Kingdom of Saudi Arabia on Saturday outside the Murabba Palace.

Video of the dance from Host TV shows Secretary of State Rex Tillerson and Commerce Secretary Wilbur Ross dancing with swords perched on their shoulders as part of a line of men in traditional Saudi garb.

Trump, surrounded by Saudi officials, bops back and forth with a smile on his face, while White House chief strategist Steve Bannon, chief of staff Reince Priebus and chief economic adviser Gary Cohn appear more reserved in their moves.

The traditional men's sword dance is known as the ardah, according to the Saudi Embassy in the United States. The performance combines dance, drumming and chanting poetry, and it signifies the start of notable occasions like religious holidays or weddings, according to the United Nations.

Other world leaders have similarly participated in the ardah. Britain's Prince Charles donned traditional robes and a sword as part of his tour of the Middle East in 2014, and former US President George W. Bush in 2008 held a sword and linked arms with King Salman, who was prince at the time.