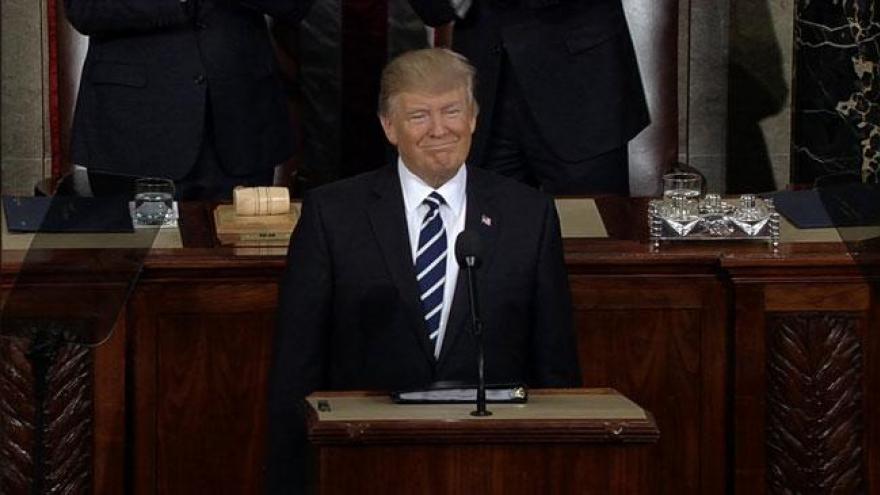 Trump's speech brought in an overnight rating of 28.2, according to early data.

That was lower than the 33.2 rating for Obama's first joint address in 2009, but was higher than Obama's last State of the Union which drew a 22.6 rating last year.

This figure is calculated from the ratings of the seven major networks that aired the speech -- ABC, CBS, Fox, NBC, CNN, Fox News, and MSNBC.

To calculate overnight ratings, Nielsen takes the percentage of households watching in 56 U.S. markets and comes up with an average. In this case, the 28.2 means that 28.2% of households in these markets tuned in Tuesday night.

Overnight ratings are preliminary numbers, and are subject to change as final viewership figures are calculated. Final viewership will be released later on Wednesday afternoon by Nielsen.

The highest overnight rating for Trump's speech on the seven networks went to Fox News, which brought in an overnight ratings of 6.5. The smallest rating went to MSNBC, which nabbed a 2.0.

The speech was widely praised by those on cable news with some saying that President Trump seized the moment to be presidential.