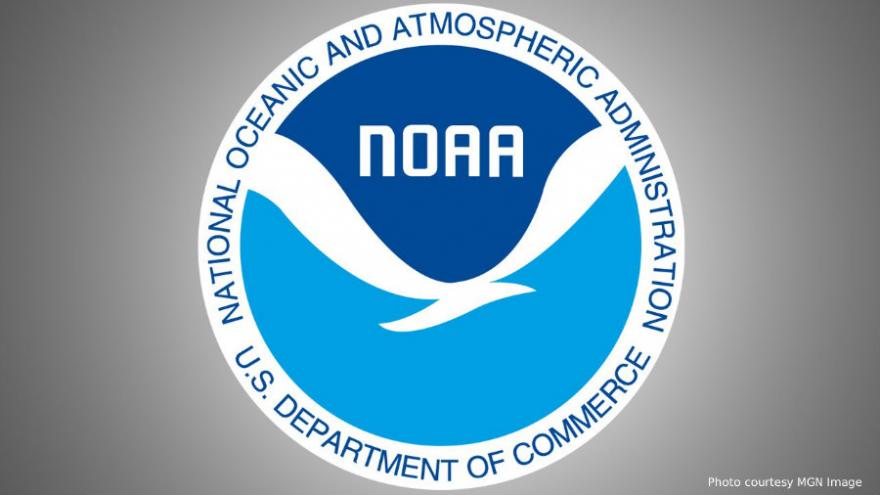 (CNN) -- President Donald Trump's nominee to head the National Oceanic and Atmospheric Administration knows the agency very well -- he's the chief executive officer of a company that has fought over the use of the agency's data.

For years, Barry Myers, the CEO of AccuWeather, pushed for private companies to be able to use and monetize the weather reporting gathered through US government satellites and accumulated through agencies like NOAA.

If confirmed, the business leader whom the White House touted in a statement Wednesday as "one of the world's leading authorities on the use of weather information" would lead the agency charged with deciding how the public accesses that very same data.

AccuWeather -- which is currently run by Myers' brother, Joel -- is a top private provider of weather data and relies on information compiled from the federal agency's satellites, developed with taxpayer dollars, to run its website and apps as well as provide user-friendly data to media outlets. Its business model is to take the statistics and temperature readings compiled by the federal government and put it into a more user friendly, consumable form.

In 2005, AccuWeather spent $40,000 lobbying the House, Senate and Commerce Department through Blank Rome Government Relations on "commercial weather industry issues," according to its year-end lobbying disclosure.

That year, then-Pennsylvania Republican Sen. Rick Santorum introduced a bill that was intended, in part, to tie the hands of NOAA and the National Weather Service from competing for certain services offered by the private sector. (The company is headquartered in State College, Pennsylvania.) Myers, himself, personally donated $1,000 to Santorum between 2004 and 2005, publicly available records show.

Around the time of the bill's introduction, Santorum's PAC, America's Foundation, received a $2,000 donation from Joel Myers, AccuWeather's acting president.

Matt Beynon, a spokesman for Santorum, told CNN Saturday that the former senator proposed the bill because NOAA had "diverted from its stated mission and was not appropriately using hard-earned tax dollars to provide the public service it was founded upon."

He added that Santorum was "confident" Byers would improve NOAA if confirmed.

That bill failed, but AccuWeather continues to lobby both chambers of Congress, NOAA and the Commerce Department on issues related to "federal data policies," according to more recent disclosures.

Speaking to the The Palm Beach Post at the time, Barry Myers said he supported the weather service returning to its "core mission ... which is protecting other people's lives and property" instead of spending "hundreds of millions of dollars a year, every day, producing forecasts of 'warm and sunny.'"

He told ABC News in May 2005: "We work hard every day competing with other companies and we also have to compete with the government."

An AccuWeather spokesperson declined to comment specifically on the criticism being aimed at Myers and his brother's donations. Instead, the company offered a statement from Joel Myers, who called his brother an "exceptional nominee" whose experience "offers the outstanding qualities needed in the next leader of NOAA."

Efforts to further tie NOAA and the private sector progressed earlier this year when Congress passed bipartisan legislation that in part directs NOAA to seek assistance from the private sector on issues like buying commercially provided weather satellite data instead of launching its own new government satellites. Following the bill's passage in March, Myers told The Washington Post, "H.R. 353 will serve as a blueprint for the next NOAA administrator."

"As the CEO of AccuWeather, Barry Myers views NOAA as a direct competitor that provides high-quality forecasts for free. He is in the vanguard of corporate business interests that seek to undermine the National Weather Service's ability to do anything other than provide free data and weather models to private companies like his, which then turn around and sell their forecasts," Schatz said in a statement Thursday.

Trump also has nominated Dr. Neil Jacobs to be the assistant secretary of commerce for NOAA's Environmental Observation and Prediction. Jacobs was formerly the chief atmospheric scientist at Panasonic Avionics Corporation, which sells its data and model outputs to NOAA.

Speaking at a congressional hearing on weather forecasting earlier this year, Jacobs testified in support of strengthening relationships between the private and government sectors in the field.

"At Panasonic, we believe it is critical to structure public-private partnership models such that industry is incentivized to collaborate with federal agencies, as this is more conducive to the mutual success of both sectors," Jacobs said in his testimony. "A thriving private sector in the weather enterprise can not only provide data products and services to enhance the mission of various federal agencies, but it can also fast-track applied research and innovation through partnerships with the academic sector."

The White House did not return requests for comment on this story. But in announcing Myers and Jacobs' nominations, the White House touted the leaders' business prowess and experience.

"Mr. Myers has served as CEO of AccuWeather since 2007, and since then the company has experienced its highest grossing years, and its largest global web and mobile audience growth," the White House said in a statement.

But Andrew Rosenberg, director for the Center for Science & Democracy at the Union of Concerned Scientists, expressed concern that the appointments could lead to conflicts of interest.

"It is easy to see how private weather companies like AccuWeather or Panasonic could directly benefit from decisions made by Myers and Jacobs and the likely incentives to make decisions that benefit Myer's family's business and the business Jacobs worked with and advocated for for years," Rosenberg wrote in a post on the group's website Thursday.