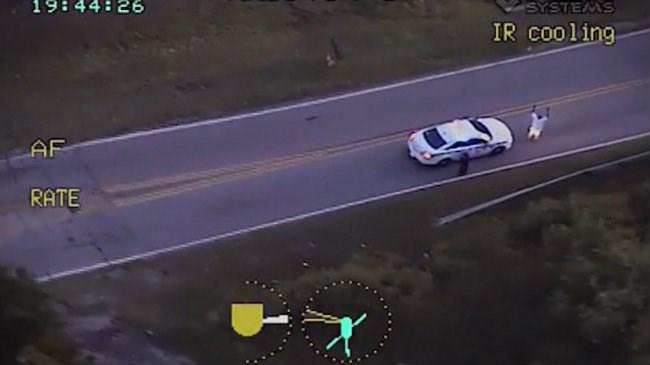 (CNN) -- Terence Crutcher, whose shooting by a police officer in Tulsa, Oklahoma, was captured on camera, had the drug known as PCP in his system during the incident, according to a toxicology report released Tuesday.

The case drew national attention after police released videos showing Crutcher walking on the road with his arms in the air before the shooting.

Tulsa police Officer Betty Shelby has pleaded not guilty to felony manslaughter in connection with the shooting.

Through her lawyer, Scott Wood, Shelby has said she thought Crutcher was retrieving a weapon from his car when she opened fire. She yelled repeatedly for him to stop walking and get down, Wood said.

But Crutcher kept going, placing his hands in his pockets, where she also feared there could be a weapon, Wood said.

He returned to his SUV and was next to the driver's door when he was shot. No weapon was found.

An autopsy found phencyclidine, PCP, was in Crutcher's system at the time of his fatal shooting, according to the toxicology report released with his autopsy by the Oklahoma Chief Medical Examiner's Office. The report did not indicate when it entered his system.

The cause of death was gunshot wound to the chest, according to the report.