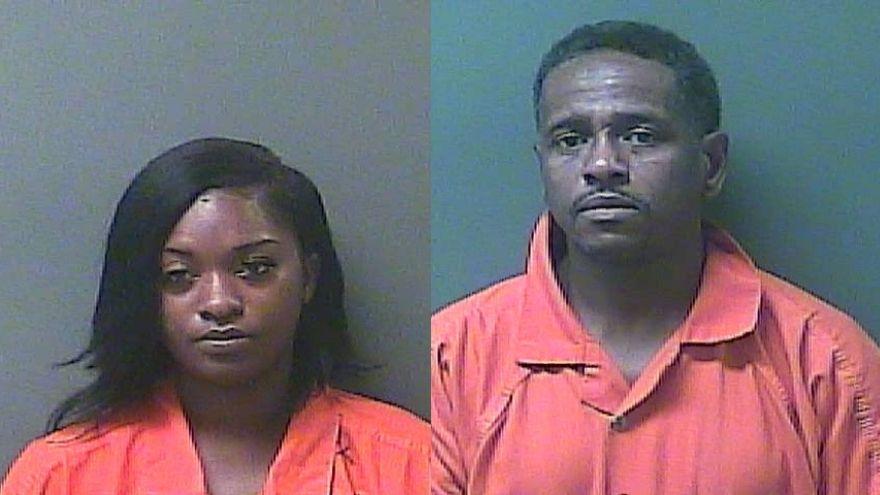 LA PORTE COUNTY, Ind.—Two people from Illinois were arrested after a traffic stop on U.S. 30 on September 12, according to the La Porte County Sheriff’s Office.

On September 12, around 8:30 p.m., a deputy on U.S. 30 near U.S. 421 saw a car traveling ahead of him merge from the passing lane to the driving lane and commit a traffic violation.

The deputy also noticed the car was driving above the speed limit and initiated a traffic stop.

During the traffic stop, the deputy found a .45 caliber semi-automatic handgun inside of the vehicle.

The handgun was found to have been reported stolen to the Fort Wayne Police Department in 2018, the sheriff’s office said.

The driver, Valentino D. Shaw, 43, of Bellwood, Illinois, was arrested on suspicion of being a serious violent felon in possession of a firearm and theft of a firearm.

The passenger, Delkeyia S. Williams, 25, of Chicago, was arrested on suspicion of theft of a firearm, carrying a handgun without a license and possession of marijuana.