Two arrested in missing teen case after a body is found 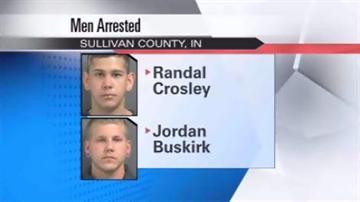 SULLIVAN COUNTY, Ind. -- Police believe a body found in Southern Indiana is that of a missing teen. The body has not been officially identified.

Katelyn Wolfe disappeared last Thursday shortly after she posted on Facebook "out on a walk with creeps that keep driving by."

"Booked them in for murder. We believe, at this time, they know what they were doing, knew all along. We don't believe it was an accidental thing," said Lipton Police Chief Troy Jerrell.

Police say they linked the men to Wolfe's disappearance early on. One of them was friends with her on Facebook.