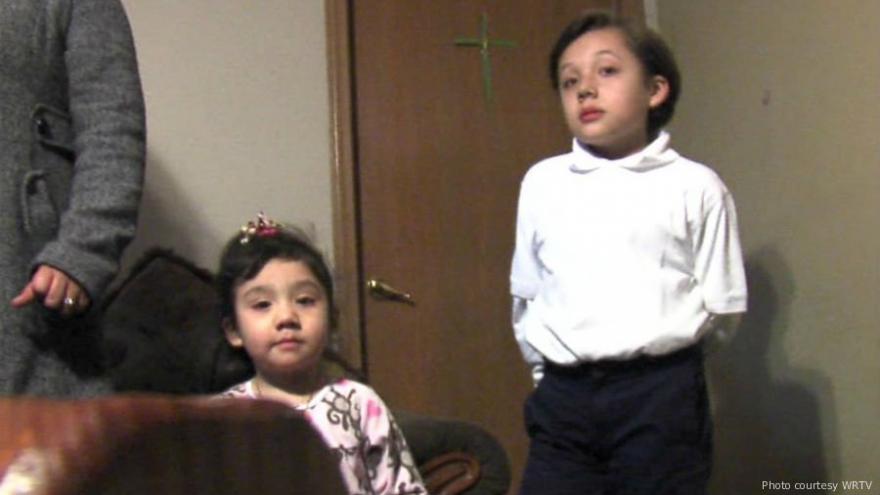 Indianapolis, Ind.(WRTV)/CNN) -- Two Hoosier children are caught in the fight to remove people living illegally in Indiana and across the country.

Their mother, Erika Fierro is a 2001 Beech Grove High School Graduate and is facing possible deportation.

Their father, Jesus, was picked up for deportation last week while he was on his way to work.

Jesus had entered the country illegally in 1988.

Erika was also taken into custody but was later released.

Erika and Jesus, have spent the past several years training prayer groups at parishes around Indianapolis - he's a musician and she's a singer.

Erika says he parents brought her to the United States from Mexico when she was 5 years old, so she's not eligible for DACA.

But her two American born children, ages 8 and 3, have no idea about the battle their parents are facing.

"It's very hard. She doesn't quite know," said Erika. "I can't explain much to her she's too small, but my son does ask for his dad. I tell him there are things that are fair right now."

The group Faith in Indiana is working with the family to provide support while she works through the process to try to stay in the United States.

Ericka is set to check-in with immigration this week to find out the status of her citizenship.