Two children in Benton Harbor injured in shootings over the weekend 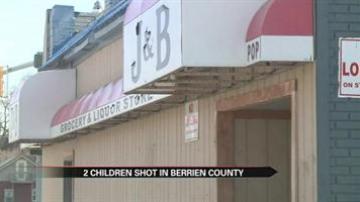 BENTON HARBOR, Mich.-- Two children were shot in Benton Harbor over the weekend in separate incidents.

On Friday around 2:30 p.m. a 12-year-old girl was rushed to Lakeland Hospital with a bullet wound to the hip. Police said that two people were shooting at each other and both are in custody for firearm violations.

According to Benton Charter Township Police Department, the girl was not the target and she is in stable condition.

On Saturday night there was a second shooting where a child was involved but police declined to release the extent of the boy's injuries.

That shooting happened just before midnight at B&J's Liquor and Grocery store on the corner of Empire and Broadway Street.

If you have any information regarding these shootings call the Benton Charter Township Police, the FBI Violent Crimes Task Force, or the Berrien County Sheriff's Department.