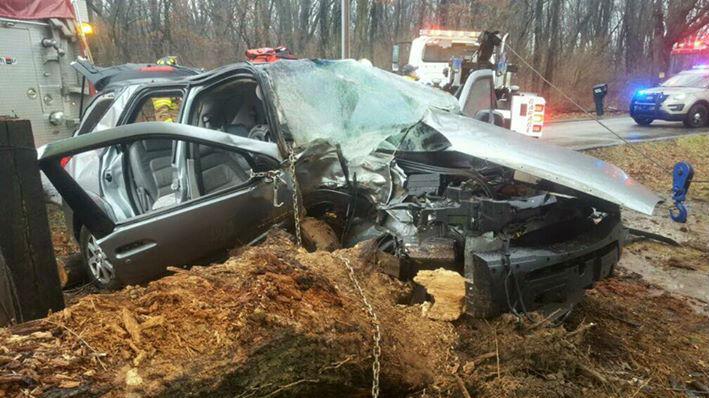 Deputies say a 2003 Buick SUV was traveling west on County Road 800 when it left the roadway and struck a tree.

Police say the driver, 30-year-old Catherine Gummalauskas of Knox, was able to free herself but the passenger, 24-year-old William Baugh of Knox, was pinned and had to be extricated.

Noble Township firefighters were able to extricate Baugh after about 30 minutes.

Both occupants were transported to the hospital.

Investigators received information that the crash may have been caused by both people having a domestic disturbance in the vehicle.

Officers say no criminal charges are anticipated in the matter at this time.