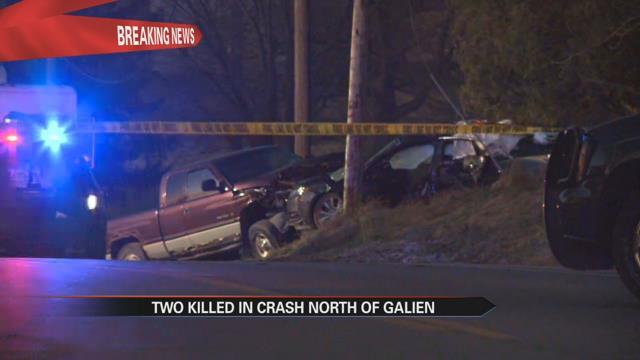 Deputies have confirmed the death of two people following a collision at the intersection of Warren Woods Road and Cleveland Avenue just north of Galien.

Officials say a Chevrolet sedan with five people inside was traveling east on Warren Woods Road when the car reportedly failed to stop at a stop sign and collided with a maroon Dodge pickup truck.

Two female passengers, a 37-year-old and a 41-year-old, traveling in the sedan were pronounced dead at the scene.

The driver of the car was transported to Memorial Hospital with life-threatening injuries.

According to deputies, all other passengers involved in the crash were taken to a nearby hospital for treatment of various minor injuries.

"The investigation is ongoing right now. We have our accident investigation team out here to determine exactly what happened and the cause is still under investigation,” said Robert Boyce, Berrien County Sheriff’s Department.

Authorities are still working to figure out if alcohol was a factor in the crash.

The names of the victims will be released after the family is notified.