Two dead, one critical after 4-vehicle crash in Kosciusko County 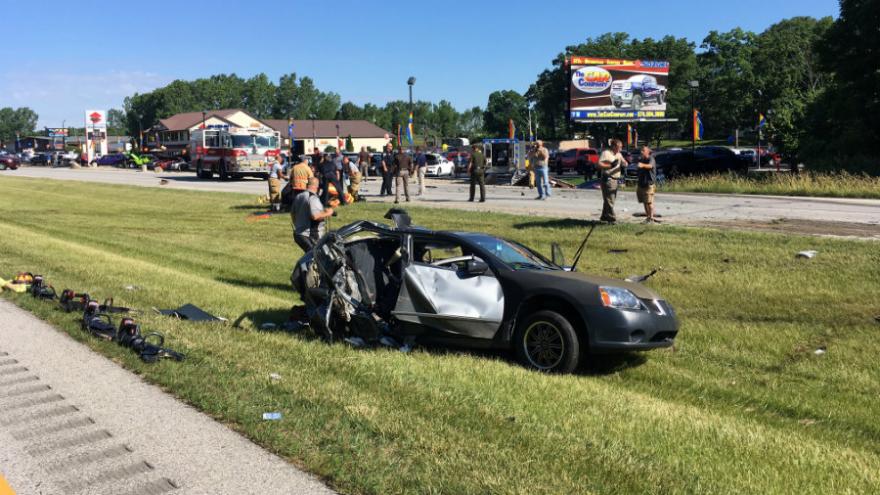 According to officials, the preliminary investigation suggested that a 2004 Mitsubishi was eastbound on U.S. 30, passing a 2011 Ford F150 when the Mitsubishi clipped the truck, sending both vehicles into the median.

The Mitsubishi that was driven by 17-year-old Kirsten Ganshorn of Walkerton, spun out of control and collided with a 2007 Chevrolet flatbed truck. Ganshorn was ejected from her vehicle.

Deputies say the collision of Gashorn’s vehicle and the flatbed truck sent the truck into a 2013 Ford Escape traveling beside it, sending the Escape over an embankment.

Gashorn was pronounced dead on the scene from multiple blunt force trauma injuries and her passenger, 17-year-old Ashley Demont of Argos, later died from her injuries.

The driver of the flatbed truck, 49-year-old John Wise of Larwill, was also airlifted from the scene in critical condition.

The other drivers involved in the crash were taken to the hospital and later released.

Deputies note the crash is still under investigation. 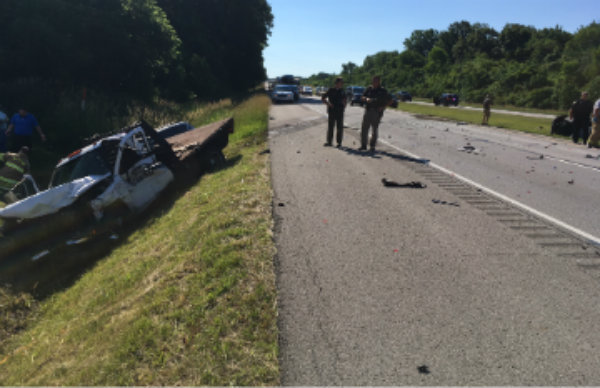