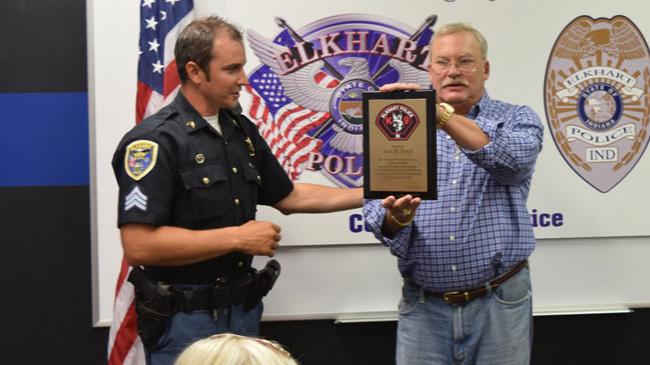 Two Elkhart Police Department K-9s have retired after serving the community for several years. A local business owner has provided the funds to replace the retiring K-9s.

Both have been credited with the apprehension of numerous criminals, the seizure of drugs and countless demonstrations.

The police department says they will be greatly missed.

Both will be living with their handlers.

A local businessman, Jack B. Smith of Gaska Tape, presented the department with a donation which covers the cost of replacing the two K-9s. Smith was presented with a plaque for his continued support of the department.