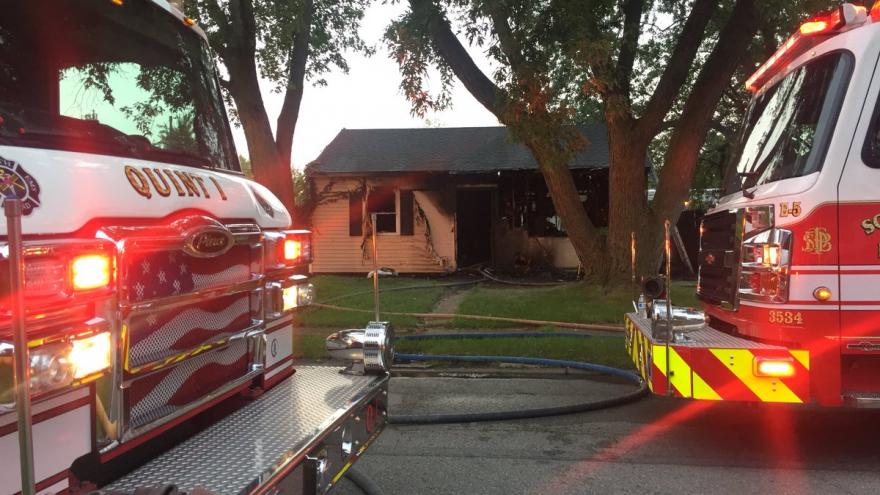 SOUTH BEND, Ind. - Firefighters say two people were hurt in a fire that caused extensive damage to the home on the southwest side of South Bend Monday morning.

The fire started just before 7 a.m. on the 1600 block of South Warren Street near Ignition Park.

Firefighters say they could see the smoke while driving to the scene.

According to investigators, one of the victims was taken to the emergency room. There is no exact word on their condition.The assistant fire chief says the victim is being treated for smoke inhalation.

Investigators are looking for the cause.

The house is a total loss.

There were three people living in the house at the time.

Investigators say a working fire alarm alerted the victims to the fire - and helped them get out.