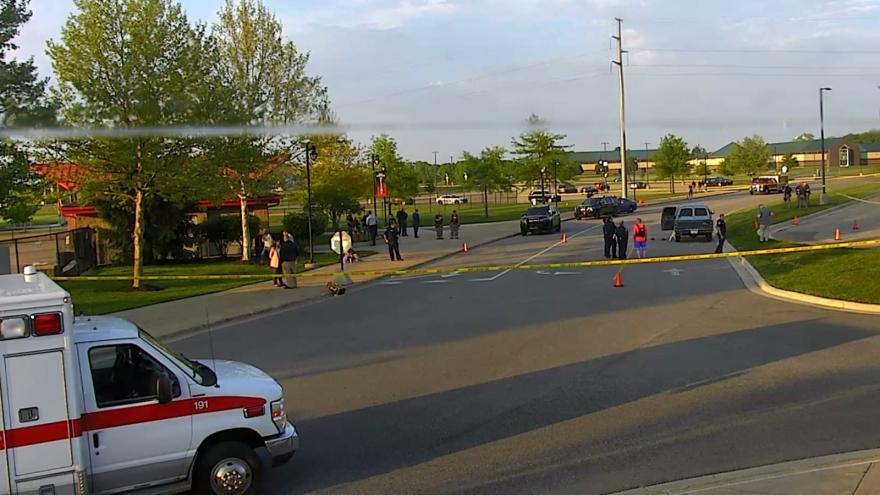 At 7:20 p.m., county deputies were working at a graduation ceremony at the East Kentwood Crossroads Alternative High School when they heard shots being fired outside the stadium.

They responded to where they heard the shots coming from and saw a white sedan leave the scene.

According to the investigation, a group of suspects pulled up in a white Hyundai sedan and started shooting out of the vehicle.

As the vehicle drove away, a group of people who were at the ceremony began shooting back at the Hyundai.

Police believe the two groups knew each other.

The group who went to the ceremony left the scene in a white Mercedes sedan.

Detectives believe there were as many as five shooters total.

The Hyundai was stolen out of Kentwood, according to reports.

Police believe the Hyundai was involved in other stolen vehicle thefts in the area.

Two people who were shot during the incident went to the hospital on their own and didn’t report their injuries at the scene.

A 16-year-old boy was shot in the wrist and has been released from the hospital.

A 40-year-old woman is in critical but stable condition.

Police believe this was a targeted incident and that there are no other threats towards students and staff.