Two inmates charged with arson for fire at DuComb Center 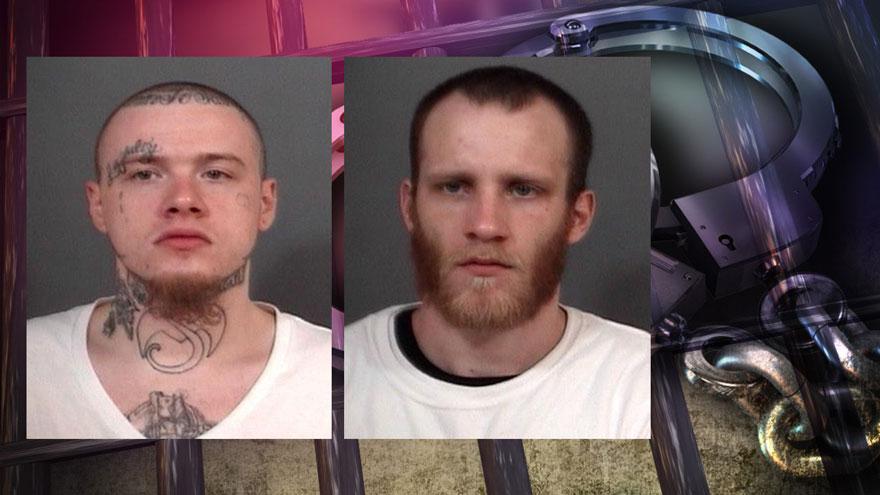 SOUTH BEND, Ind. -- Two men who were inmates at the DuComb Center have been charged with arson for allegedly setting a fire at the center in August.

South Bend Fire responded to a fire at the DuComb Center on W. Lathrop Street on August 17.

Firefighters located the fire in the ceiling of a bathroom at the facility.

The building's sprinkler system was activated and firefighters reported heavy smoke in the building.

The fire was extinguished by firefighters.

An investigation into the cause of the fire determined someone lit a piece of cloth and placed it above the ceiling tiles.

Surveillance video showed between 11:09 p.m. and 11:35 p.m., inmates Austin Lamberson and Theodore Carney went into the bathroom, stayed for a short time, then walked out, according to the probable cause affidavit.

The video also allegedly showed Lamberson carry a blanket into the bathroom, returns saying, "It's still going, I don't need to put that up there," according to the probable cause affidavit.

A short time later, Lamberson returned to the bathroom with the blanket and left without the blanket, according to the probable cause affidavit.

A short time later, an employee discovers the fire in the ceiling.

Lamberson and Carney are each charged with one count of arson.