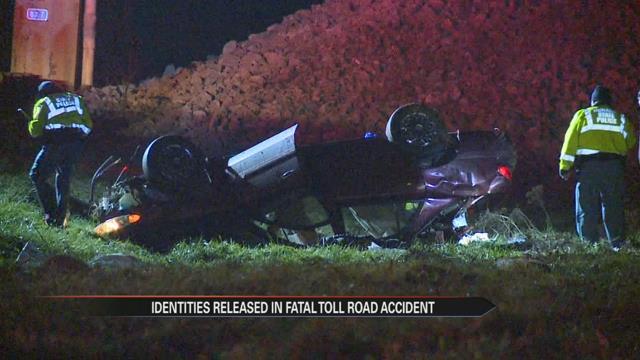 Two people were killed Sunday evening when their car crashed into a guard rail and overturned on the Indiana Toll Road near the Elkhart/St. Joseph County line. A third person was seriously injured.

According to Indiana State Police, they responded to the accident around 10:30 p.m.

Their investigation revealed the vehicle was headed eastbound when it ran off the south side of the road and struck a guard rail.

The impact caused the car to flip several times before it came to rest in a ditch.

The driver, Linda Pohto of Fairport Harbor, Ohio, was killed in the crash.

Her two passengers were ejected from the vehicle.

Eric Pohto, 31, of Denver, Colorado, suffered serious injuries and was hospitalized. He is expected to recover.

Police say it does not appear alcohol or drugs were involved.

They say initial findings indicate the driver may have fallen asleep, but the investigation is not complete.