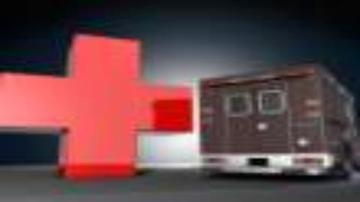 A supervisor on the scene told ABC 57 News that the men were both shot in the parking lot.

Both were rushed to Memorial Hospital with non-life threatening injuries.

Witnesses told our reporters on the scene that they heard up to four gunshots go off.

A suspect was seen running from the apartment complex. Officers surrounded St. James Court Apartments looking for the suspect.

The inside of the apartment complex was cleared, they expanded their search to the property around the complex.

Several evidence cards were placed in the parking lot. Officers said they couldn't comment about what type of evidence was being gathered at this time.