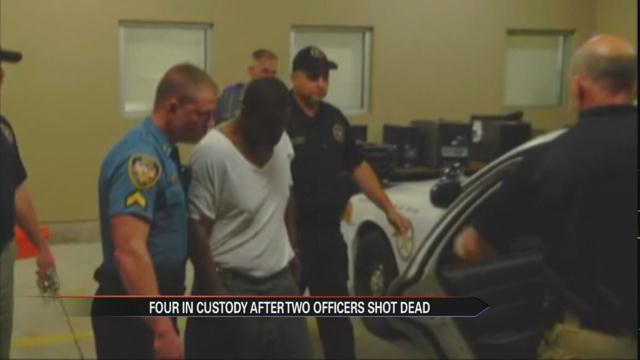 After more than 30 years with no police officer deaths in the line of duty, the city of Hattiesburg, Mississippi received devastating news that two officers were killed Saturday evening.

The first police officer was on the scene and called for backup. Both officers were then shot by the suspects.

Soon after, other police arrived on the scene and found two of their fellow officers down from gunshots and dying in the street.

The Hattiesburg Mayor Johnny DuPree announced the suspects were in custody.

"The promise was that we'd find them and we did. How'd we do that? The community," said DuPree.

Four suspects are in police custody.

Marvin Banks is charged with capital murder and grand theft auto for stealing the police cruiser.

Curtis Banks is facing two counts of accessory to murder, and Joanie Calloway is also charged in the killings.

The officers killed were identified as 25-year-old Liquori Tate and 34-year-old Benjamin Deen, a decorated K-9 officer. Deen was named Officer of the Year in 2012.

"Pray for all these people who make it possible for us to go out and have a peaceful day and come back home," Mayor DuPree stated Sunday.
Share this article: