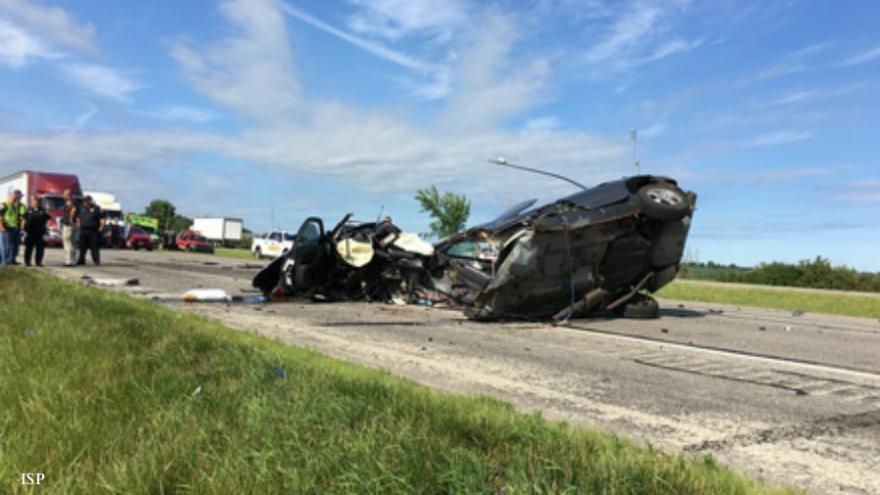 HUNTINGTON COUNTY, Ind. – A two-vehicle crash on I-69 resulted in two men left in critical condition and one in stable condition on Friday.

Indiana State Police were called to a crash at 8:50 a.m.

Aaron Wiegand, 28, was traveling south on I-69 when his Dodge Stratus traveled into the center median, according to ISP.

Wiegand’s car spun around and entered the northbound lanes, where it struck a GMC Acadia.

Officials said Wiegand’s car stopped after it struck the SUV, but the SUV went off the roadways and rolled over before it stopped.

The driver of the SUV was Candee Smith, 55, and her passenger was Walter Smith, 60.

According to ISP, they are both in critical condition.

Candee Smith was taken by ambulance to the same medical center. She is in stable condition.

ISP closed northbound lanes of I-69 for three hours to investigate the crash and clear the roadway. It is reopened. 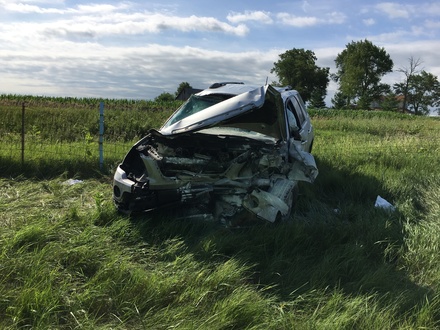