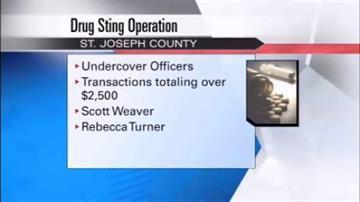 The undercover informant was wired with a microphone and is said to have made three transactions totaling more than $2,500 in the past month.

Scott Weaver and Rebecca Turner were arrested in a raid last week.

Weaver remains behind bars and will be in court the first week of May.