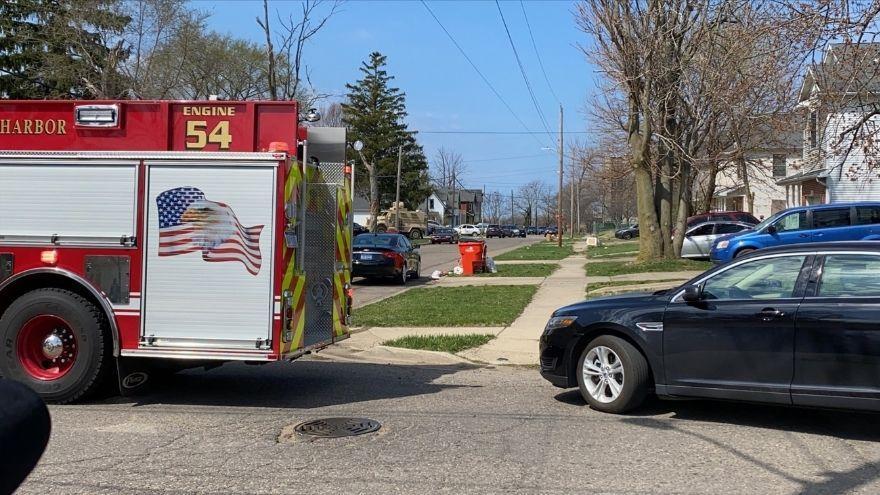 BENTON HARBOR, Mich.—Two suspects were arrested and now face charges in connection with a shooting and subsequent standoff with police that occurred on April 7, according to the Benton Harbor Department of Public Safety.

Around 9:30 a.m. on April 7, officers heard multiple gunshots from the top of the hill in front of the Benton Harbor Department of Public Safety building.

Officers discovered the gunshots were coming from the area of Brunson and Dr. Daniel Cook.

Police arrived to the area and found a victim with a possible gunshot wound to the face, reports said.

The victim, a 28-year-old man, was found to have been grazed in the face by a bullet and was taken to the hospital for treatment. He is expected to make a full recovery, police said.

Police from multiple agencies surrounded a home in the 300 block of Brunson Avenue before executing a search warrant.

During the search of the home, officers found three handguns, an ounce of powder cocaine and 15 pills of suspected methamphetamine, according to police.

Police believe that the incident took place during a robbery meant to occur inside of the home on Brunson Avenue.

Two suspects were arrested in the incident and identified as James Lee Micken Jr., 33, and Verdell Washington Jr., 27, according to the Benton Harbor Department of Public Safety.