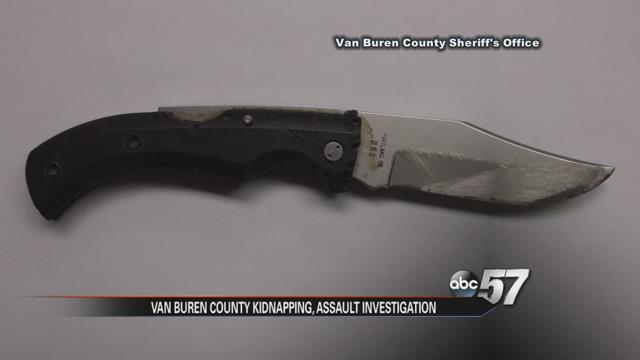 Two people in Van Buren County were held hostage at knife point inside their own home on Tuesday.

Van Buren County Sheriffs Deputies were called out to the 49000 block of 24th street yesterday afternoon, after one of the homeowners called 9-1-1.

Police said in a press release that the two people had been held against their will at knife point.

They somehow managed to get away from the suspect and escape through a window.

But they couldn't drive off because the man allegedly slashed 2 of the tires on the victims’ vehicle parked nearby.

But the man stayed inside when police got there, and barricaded himself inside with the knife.

Deputies were able to take the suspect into custody without injuring him after about an hour-long standoff.

However, one deputy received minor injuries after being assaulted by the suspect during the arrest.

The case has been forwarded to the county prosecutors where charges could be filed.