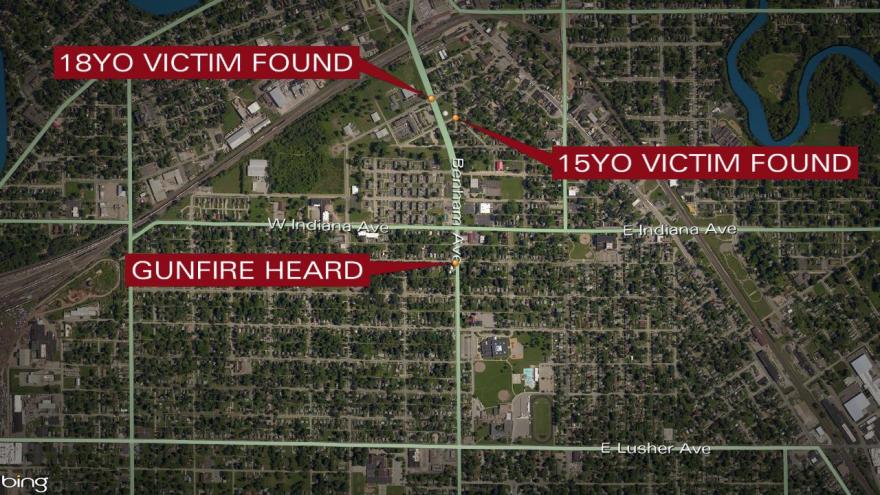 ELKHART COUNTY, Ind.—Two people were injured in a shooting on Wednesday afternoon in Elkhart.

Officers were sent to Garfield Ave. and Benham Ave. around 12:30 p.m. regarding sounds of gunfire.

At the scene, officers found a shell casing in the 300 block of Garfield.

Kevon Coleman, 18, was found in the 900 block of Benham with a gunshot wound to the arm. He was taken to the hospital for treatment of the non-life threatening wound.

A second victim, a 15-year-old male, was found in the 1000 block of Benham Ct. with a gunshot wound to the back. He was taken to the hospital for treatment of his non-life threatening injury.

No arrests have been made, according to police.

No suspect information was released.

Detectives are asking anyone with information about the incident to contact the police department at 574-295-7070, the tip line at 574-389-4777 or email [email protected]